The 2014 end of year survey carried out by Golfshake identifies three areas of opportunity that could drive growth in 2015 and highlights that there is desire to play despite golf going through a tough few years.  The survey data identified that demand for golf is still high but the game needs to tackle its biggest issue – time pressures of the modern world.

The survey taken by over 4,000 Golfshake members and visitors to the website (up 25% from 2013), saw responses from a wide golfing demographic including age, club status and how regularly they play.

The results found on average, golfers enjoyed playing a variety of courses in their area and refreshingly 53 per cent of club and non-club golfers said they played more golf in 2014 than the previous year. 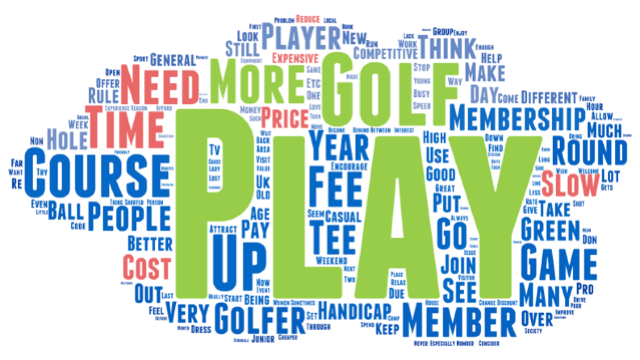 With 95 per cent of those under- 50 owning a smartphone along with 80 per cent under -30 using social media tools like Facebook and Twitter, the rise in access to technology provides great opportunities for golf clubs to reach and market themselves directly to golfers.

There’s further evidence to suggest a consumer shift online to coincide with the added use of technology in golf.  More golfers reported to use online booking services, up 20 per cent from 2013, and there was a decline in those reporting to use voucher services and card schemes in 2014.

The final target area for growth is the non-club member aged between 30-50. Research for this group found there was a desire to play more, however, time, cost and other commitments meant they didn’t play as much, but were on average wanting to play more, likely to spend more and less likely to prefer casual golf.

Golf clubs can gain further positive insight from the 25 per cent of 30-40 age group who said they were hoping to join a club soon and 30 per cent of those surveyed under-30 who also stated they were hoping to join a club in the near future.  With the majority of clubs facing the issue of an ageing membership this presents an opportunity to attract new members from a younger demographic and may provide further support to the idea of adapting the golf club membership package offered to the busy family golfer through flexible membership.

However, despite the opportunities for golf clubs, the survey also identified that 17 per cent of club members were considering changing clubs and six per cent were considering stopping their membership altogether. This further highlights the change in the consumer mind-set which highly values choice, flexibility and control. There were also comments about attitudes and structures within some clubs with the survey data highlighting the importance of good customer service throughout the organisations.

Targeting the 30-50 golfer and also in particular junior golfers and female golfers presents growth potential for golf clubs if they can adapt to the challenge and opportunities available.  Assessing and potentially adapting membership packages and the products offered could also provide a real chance to get golf back on a positive footing.

Utilising online and digital technologies also provides a great chance to reach and market to golfers directly plus could provide the mechanism to drive golfers into the pro shops or clubhouses  - all of which can only be positive in the long-term.