Under Armour have announced a 10 year partnership extension with PGA Tour golfer Jordan Spieth following his initial contract in 2013 when he turned professional at the age of 19.  The deal highlights the commitment and loyalty from both Under Armour and Spieth who is the first golfer to be fully outfitted in Under Armour apparel, footwear and accessories.

Spieth is currently ranked 9th in the Official World Golf Rankings and captured his first PGA Tour victory at the 2013 John Deere Classic. Spieth will be included in international marketing, digital, print and social media campaigns for the brand and has also been deeply involved in the development and wear-test of the first Under Armour golf shoe, which will debut in Spring, 2015. 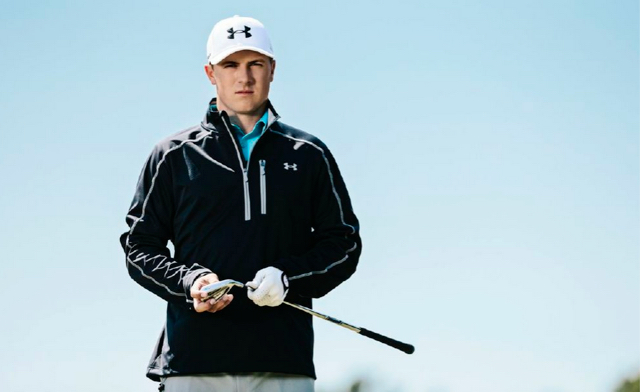 “Jordan is an incredible talent and has already accomplished so much in his short career,” said Ryan Kuehl, Senior Category Director, Global Golf and Tennis, Under Armour. “We are proud to have him lead the Under Armour golf team and help him sustain championship results over the next decade. This long-term commitment to each other emphasizes Under Armour’s continuing drive for dominance in the golf category and to provide all golfers with the most innovative performance gear from head-to-toe.”

Since turning professional in December of 2012 at the age of 19, Spieth has accumulated 18 top-10 finishes on the PGA TOUR including five runner-ups; the most notable of which came at the 2014 Masters Tournament where he became the youngest runner-up in Masters history. He was also selected to play on the 2014 United States Ryder Cup team, earning distinction as the 2nd youngest American ever to play in the  competition. Prior to his career on Tour, he led the University of Texas Longhorns to a 2012 NCAA Championship and also earned low amateur honors at the 2012 US Open.

“I’ve really enjoyed being on this journey with Under Armour since turning professional, and I can’t wait to accomplish great things together in this next phase of my career,” Spieth said. “Like me, everyone at Under Armour challenges themselves to get better every day. I’m looking forward to continuing to test their newest innovations as I know their products will help me train and perform my best for years to come.”

This past November, Spieth won his second professional tournament at the Emirates Australian Open. A week later, he completed back-to-back victories by winning the Hero World Challenge and set a tournament scoring record of 26-under-par.