Wilson Staff has launched the World’s Softest Distance Ball in the form of the newly-designed DX2 Soft model.

At just 29 compression, the DX2 Soft is softer than any other ball on the market and, combined with the launch of a new DX3 Spin ball and the continuation of the brand’s highly-rated FG Tour model, it means Wilson Staff now boasts the softest  2, 3 and 4-piece golf balls on the market. 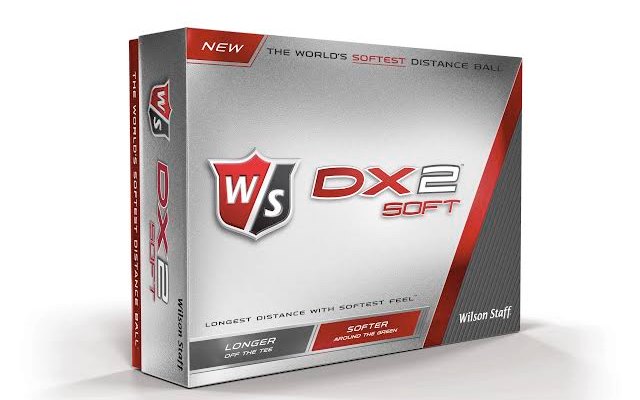 “Our R&D team have been working on a lower compression solution since we first released the original DX2 Soft to the marketplace in 2007,” comments Doug Thiel, Global Director of Marketing for Wilson Golf. “Research over the years has been consistent in finding that the majority of golfers prefer a softer feeling golf ball.”

The new DX2 Soft is 25% softer than its predecessor and has delivered extra yardage in testing due to less spin being generated off the driver face. Thanks to the low compression design, golfers can also expect to benefit from more control around the greens and on approach shots.

“With the new DX2 Soft, we’ve produced an even longer and softer ball,” said Mathias Lundblad, Wilson Golf’s Global Product Line Manager for clubs and balls. “We’ve kept our ears open and listened to a segment of enthusiasts who loved the soft feel, but wanted a bit more spin around the greens.”

In the shape of the 35-compression DX3 Spin, Wilson Staff has produced the World’s Softest Multilayer BallTM. The DX3 Spin is designed for golfers who strive for greenside workability and spin, but who still prefer ultimate feel and lower driver spin for added forgiveness off the tee.

The new 3-piece ball – which replaces the former DX3 Soft – has added an inner mantle made from a soft DuPont HPF material that helps to increase spin on mid and short irons and increase resilience for ball velocity and distance.

Completing the low-compression line-up is the world’s Softest Tour BallTM, the 4-piece Wilson Staff FG Tour (RRP £34.99 per dozen), which continues in the range following its launch in 2014.

The four distinct layers that make up the 70 Compression FG Tour work together to boost performance. A soft, rubber-rich core provides ultimate feel and low driver spin, while an inner mantle promotes spin performance and an outer mantle maximum distance. The fourth layer, a cast urethane cover, generates Tour-level spin and control around the greens.

The new Wilson Staff DX2 Soft has a RRP of £19.99 per dozen and also comes in a special version for Women. Meanwhile, the DX3 Spin carries a RRP of £24.99 per dozen. Both are available from January 2015.

For more information on all of Wilson Staff’s low compression golf balls, as well as clubs, bags and accessories, go to www.wilsonstaff.com.