Chipping in - Catalyst for Fowler?

Nick Bonfield runs down this weeks major talking points including... 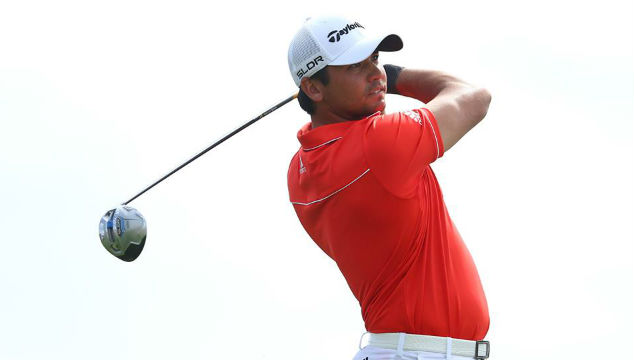 The Golf Channel attended a Nationwide Tour event in 2010 and asked a broad selection of caddies and players who the circuit’s next break-out star would be. The unanimous answer? Jason Day. It’s been clear for some time why he garnered so many of the votes, and he demonstrated on Sunday that he’s a phenomenal player with the mental fortitude to match. Day possesses the magical combination of natural talent, unparalleled desire to succeed and the ability to find his best golf in the most high-profile of events. There were concerns about his failure to finish tournaments off, and his ruthlessness and comparitive lack of cutting edge were rightly highlighted as the only slights on an otherwise exemplary skill set. But Day has now allayed those fears, and the significance of his victory extends beyond the individual prestige of the Match Play title. He’s now moved to world number four and proved to himself he’s good enough to win golf’s biggest events. Look out, Augusta.

At the WGC Match Play, Victor Dubuisson announced his arrival on the world stage and produced a series of performances that won him millions of new fans around the globe. He’d never played a WGC before, never played at Dove Mountain and never played a match play tournament as a professional, but he set about his task with sheer determination, self-belief and immense skill. His victory at the Turkish Airlines Open – his first European Tour title – was hugely impressive, but golf’s history is littered with examples of players who produce phenomenal one-off displays before falling back into obscurity.

Dubuisson, while clearly disappointed, should satisfy himself with the fact his performance in Turkey wasn’t just a flash in a pan. He overcame a number of golfing legends en route to the final and refused to back down when it looked as if the title was slipping away. His two miraculous shots from the cactus will be remembered forever, but I’d argue his sand save at the 18th and his seven-footer at the 20th were more impressive. Luck was undoubtedly involved in the two recovery shots, but there was nothing fortuitous about the way he held his nerve to nonchalantly extend the contest, twice, under the most severe pressure. Paul McGinely was positively gushing in the Sky Sports studio, and understandably so, because a new Ryder Cup star was born in front of his very eyes.

With all the fanfare and furore surrounding one of the most memorable matches in the history of matchplay golf, it is easy to overlook the performance of Rickie Fowler – another player who, much like Day, has been billed as a future superstar for some time. He’s struggled to fulfill his considerable potential – with victory at the 2012 Wells Fargo his lone PGA Tour victory – but those who saw him in action at the 2011 Open know how good he can be. He defeated Ian Poulter, in-form Jimmy Walker, Sergio Garcia and Ernie Els en route to his best finish in a World Golf Championship, showing impressive ball-striking, resolve and tenacity along the way. Let’s hope this is Fowler’s break-out year, because he’s far too good to descend into mediocrity.

I was encouraged listening to PGA Tour commissioner Tim Finchem – a man who’s done a terrific job in his post – discuss the future of the WGC Match Play. In his words, no venue, location or sponsor is off the table. This year’s contest was enthralling, but even the most avid supporter of the event can’t deny it can often be a rather monotonous affair. In my eyes, this is a good opportunity to rotate the tournament around the world – similar to what Volvo and IMG have done to the Match Play in Europe – and mix up the format to product more excitement. How about a nine-hole shootout for the final on a golf course that’s set-up to encourage risk/reward golf?

Lee and Murray leading the way

I have to say how much I enjoyed the commentary from Rob Lee and Ewen Murray during the final day, which, in my eyes, matched the quality of golf on display. They filled the lulls in play with witty anecdotes, jokes, pieces of interesting information and excellent observations and analysis. They play off each other very well and both express a genuine, coherent passion for the game without getting too carried away. I think Sky does a great job covering the golf, especially given that pictures and stillframes from American broadcasters often don’t do them any favours. Okay, we could do without the dreary, monotone ramblings of Steve Beddow, and to a lesser extent Bruce Critchley, but Lee, Murray and Livingstone are exceptional at what they do.

It really feels as if the new season has started, and the momentum picked up from the Match Play should continue this week at the Honda Classic. Tiger Woods, Adam Scott and Phil Mickelson all return to action after their ludicrous decisions to boycott the Accenture, joining the likes of Rory McIlroy, Justin Rose and Jason Day in the field. In my mind, the Match Play marks the start of the most exciting stretch of the season, which culminates in the Masters. The 2014 golfing year was ambling along, but it’s now sprung into action. Many people are understandably excited about what’s to come over the next couple of months, and no one more so than me.

Day triumphs in the desert, but Dubuisson steals the show

Video: Dubuisson's star rising - Plays two of the best recovery shots you will ever see

10 things you should expect to see this year