2014 is set to be a great year with some of the best storylines we have seen for a long time. Pressure is mounting on Woods to win that elusive 15th major and of course it is a Ryder Cup year! 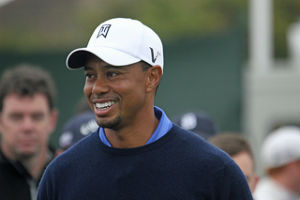 In a recent golf.com poll – which asked the same questions to 50 PGA Tour professionals – 26% said they expected Woods to win at least five more majors in his career.  That said, more than half said they didn’t think the 14-time major champion would topple Jack Nicklaus’ inimitable record. I have to admit I’m still undecided on the topic, but I do think the 38-yard-old will one of the big four this season. He is a master at Augusta, he dominated in the Open at Royal Liverpool in 2006, he’s triumphed at Valhalla and he’s finished third and second in his last two starts at Pinehurst. It’s been five and a half years since Woods last tasted success in a major, and if he doesn’t force his way back into the winner’s circle this season, it could (repeat, could) signify the end of his siege on Nicklaus’s record.

I’m convinced Rory McIlroy will enjoy a fruitful year after a tumultuous 2013. One of his main issues was his inability to keep his professional and personal life divorced from one another, admitting on several occasions last year that poor off-course form often translated to an inability to enjoy himself away from tournament life. But he seems to have taken steps to acknowledge and rectify that fact, which, combined with increasing familiarization with new golf clubs, a happy love life and perspective gained from a season in the doldroms, should see him come out firing in 2014. I think he’ll win a major this season and I can see him running away with the European Tour money list for the second time in two years. 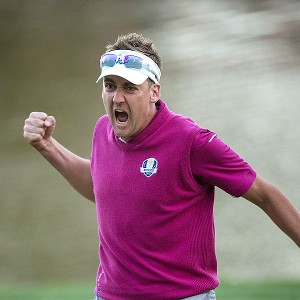 This year’s Ryder Cup has the potential to be the most enthralling and closely-contested encounter in recent history. Granted, the Miracle at Medinah was one of the most spectacular and unprecedented sporting events of all time, but the gulf between the two teams after two days’ play was vast. This time around, there will be absolutely nothing between the teams, and that fact should manifest itself in a nail-biting encounter from start to finish. Both Europe and the USA have pragmatic, experienced and motivational captains and both teams will possess a similar blend of experience and youth. The intrinsic nature of matchplay golf means absolutely nothing can be assured, but I envisage a tight but scintillating spectacle with Europe just edging it.

With the European Tour’s desert swing and high-profile tournaments like the Northern Trust Open, Pebble Beach Pro Am and the WGC-Matchplay taking place in America, the game generates plenty of interest before April. That said, many people view the Masters as the unofficial start of the golfing season. It’s a truly awesome tournament that captures the interest of sports fans all around the world, and this year’s event will be no exception. In fact, I think we’ll see a final-reminiscent of 2011 – where at least eight played were still in contention on the back nine on Sunday - which eventually culminates in a play-off. So many people feel at home at Augusta, and it’s a course that doesn’t preclude any type of player from competing, as the eclectic list of past winners demonstrates.

Peter Uihlein announced his arrival on the professional scene last year with a string of excellent performances on the European Tour. He claimed a maiden victory at the Madeira Islands Open, narrowly missed out at the Celtic Manor Resort Wales Open and lost to David Howell in a play-off at the Alfred Dunhill Links Championship. He posses an excellent temperament – partly facilitated by his mature decision to leave American and develop himself, both professionally and as a person, on the European Tour – a technically solid golf swing and a game characterized by proficiency in all areas. He’s a great prospect and I think he’ll continue to grown this season.

Miguel Angel Jimenez is a man who is made to defy convention. At the age of 50, most people would be thinking about a prospective career on the senior tour, and a number would already have made a foray into the world of media. Jimenez, though, hasn’t even contemplated those options. Why? Because he’s a magnificent player who has proved time and time again that age isn’t a barrier if your maintain hunger and desire and keep yourself healthy. Jimenez can still compete in every tournament – as he showed with a top 10 at the Abu Dhabi Golf Club, one of the longest courses on tour – and, unlike the States, there are still a number of sub 7,000-yard layouts on the PGA Tour roster. Jimenez broke his own record in winning the Hong Kong Open at the age of 49, and, if he stays fit, he’s got a great change of becoming the first player to win in his 50s.

Donald and Westwood to fight back 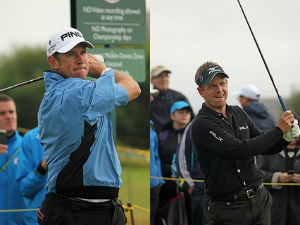 It’s been a while since Luke Donald and Lee Westwood made the headlines, and I think all the focus on Henrik Stenson, Adam Scott and Rory McIlroy will do them a world of good. They both had very disappointing seasons in 2013 – especially in the majors – but this year they’ll come into the world’s biggest events under the radar, and that should suit them down to the ground. Donald and Westwood aren’t the most adept at dealing with pressure, so having a lower profile will certainly suit them. They are both too good to struggle for two consecutive seasons and I can see both of them mounting a challenge in one or more majors in 2013.

Anchored putter debate to rage on

Unfortunately, I don’t see the anchored putter debate dying down, no matter how tedious it has become. The R&A and USGA – the game’s governing bodies – have assessed the evidence and come up with a rules change they feel is in the best interests of the game. As silly as it might seem, the new rule can’t come into operation until January 2016, and different players are going to work towards that date with differing views on how to make the transition. Unfortunately it’s still a hot topic and an easy thing for broadcasters to discuss, so expect to hear the same for and against arguments over and over again this season.

WGCs to continue to slide in priority

I have to say I think it’s time for PGA and European Tour authorities to address the World Golf Championship decline. These events are supposed to be some of the biggest tournaments of the year, but players are starting to boycott them in increasing numbers. Frankly, the supposed stature – in terms of prestige and word ranking points – doesn’t match up to the venues they’re staged at. The World Matchplay – which Scott, Mickelson and possibly Woods won’t take part in – takes place on a long, monotonous golf course, Doral (granted, it’s being modified) is nothing more than a resort course, Firestone only has a handful of stand-out holes and a number of players choose not to travel to Asia for the HSBC-Champions. I think it’s time for a new strategy and increased variation to ensure these events are as prestigious as they’re purported to be.

The strength of the Asian golfing contingent is growing each year, and that trend looks sure to continue again in 2014. Ryo Ishikawa is starting to look good after an inauspicious 2013, Sang-Moon Bae is now a PGA Tour winner, Seung-yul Noh is yet to realise his potential, Kiradech Aphibarnrat looks like a fine player and Asia’s strong showing at the Royal Trophy indicates there’s more to come. It’s great for the game to have so many good players coming from Asia, and I’m excited about the talent that could emerge from the East over the next few years.

Bryson is Long, But Distance Has Always Been Key to Success

A Round With A Golf Ball That Only Flies Straight