This week saw the world's premier two tours host two of the biggest fields all year! 210 players teed it up in Joburg Open and 156 teed it up on the Monterey Peninusula in California at the AT&T Pebble Beach Pro-Am.

Pebble Beach is undoubtedly one of the most spectacular golf courses in the world with the Pacific lapping smashing against the sea wall and cliffs that protect the course, however play was suspended more than once in California as balls were blown off the green.

Walk in the park for Jimmy at Pebble 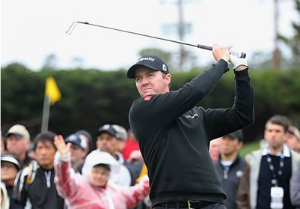 At least it seemed that Jimmy Walker would walk to victory at Pebble Beach on Sunday, but he stuttered some what on his way to a one shot victory over tour rookie Jim Renner. Walker started the day with a 6 shot lead and with two wins under his belt in his past 8 starts nobody expected anything other than a stroll to victory, but he started with a bogey and struggled all day eventually holing a 5 footer on the last green for victory.

Walker is now a lock for the USA Ryder Cup team despite the tournament being over 8 months away. Walkers's victory is his third this season and is remarkable because it took him 187 tournaments to win his first. He now has three wins in 8 starts, it seems the proverbial flood gates have opened!

Other notable finishes came from Dustin Johnson (T2,) Jordan Spieth (T4,) Hunter Mahan (6th) and Graeme McDowell who claimed a top ten on his return to Pebble for the first time since his US Open victory. 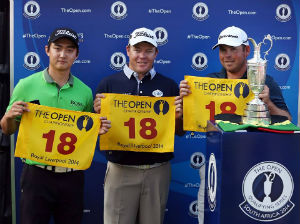 Everybody new this was coming, it was just a matter of time. Much like Walker it has taken George Coetzee a little while to learn how to win. He has recorded an amazing 24 top ten finishes on the European Tour prior to winning.

Coetzee closed with a -6 66 which saw him catch fellow South Africans Thomas Aiken and Justin Walters and ultimately overtake them to record a three shot victory.

The Joburg Open was also given some extra drama as a qualifying event for the 2014 Open, in what is a new system for the R&A. three sports were available for the highest finishing players. They were claimed by Coetzee, Jeong and Walters.

Other notable performances came from Englishman Tyrell Hatton (T2). Hatton has recorded a series of great results in recent weeks and looks well on his way to keeping his tour card in his rookie season. Another Englishman who is regularly knocking on the door is Andy Sullivan. He stormed up the leaderboard with a -7 65 and finished T5. A win does not look too far away for him.

This week sees the European Tour visit East London Golf Club, Cape Town for the African Open while the PGA Tour makes it's regular stop at Riviera for the Northern Trust Open