2014 Volvo World Matchplay to be held at The London Club

Volvo, IMG and the European Tour ended speculation today when they confirmed that the 2014 Volvo World Match Play Championship will be played on the International Course at the London Golf Club, Kent, England, from the 15th to the 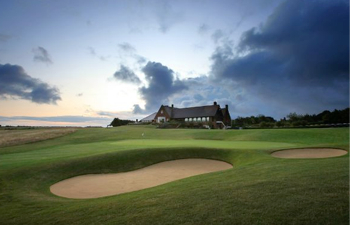 Celebrating the 50th anniversary since the inaugural Championship, won by Arnold Palmer at Wentworth in 1964, the 2014 Championship will revert to a 16-man field and offer a prize fund of €2.25m (just over US$3 million) with a first prize of €650,000 (approx US$880,000).  The elite field will qualify via revised criteria and will be split into four groups of four in the group stages before the leading 2 players per group proceed to the knock out phase to be played over the weekend. The Tournament will now be played over five days starting on Wednesday.

Endorsing the move to the Championship’s former traditional October date as well as a long awaited return to the United Kingdom, the first two players to qualify were quick to confirm their participation – defending Champion, Graeme McDowell and winner of the 2013 Race to Dubai and 2013 FedEx Cup, Henrik Stenson.

McDowell commented, “I think it is fantastic that the Volvo World Match Play Championship will be played in England for 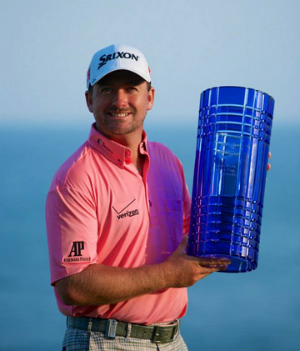 this special anniversary. I enjoyed everything about my victory last year at Thracian Cliffs in Bulgaria. The course was spectacular and any event that Volvo are involved in as a sponsor is always a privilege to win. It seems right though to celebrate the Championship’s anniversary in England, where the tournament was held for so many years.”

The Northern Irish star continued, “I have heard that the International Course at the London Golf Club is a great track and I’m looking forward to seeing it for myself. I finished 3rd at the 2008 European Open on the Heritage Course there and I think it will make for a fantastic venue. I'm very much looking forward to defending my title there in October.”


Winner of the 2013 Race to Dubai, Henrik Stenson said, "I was delighted to qualify for the 2014 Volvo World Match Play Championship and very happy to confirm I will be playing. I really enjoy the match play format and also I want to support Volvo, not only because they are Swedish but because they have been such great supporters and sponsors of the European Tour for over 25 years."

George O’Grady CBE, Chief Executive of The European Tour, said: “Already a tournament with a great tradition on The European Tour, we look forward to the Volvo World Match Play Championship adding a new chapter to its rich history in this, its 50th year, when it is played for the first time at The London Golf Club. The International Course will provide a fitting match play test for the world’s best – led by our reigning Race to Dubai champion Henrik Stenson and defending champion Graeme McDowell – and we are delighted that another venue from our European Tour Destinations portfolio now features on the 2014 schedule. We thank our partners Volvo and IMG for their continued support and everyone at the London Golf Club for their hard work and commitment to this year’s Championship.”

Charles Fairweather, Chairman of the London Golf Club added, “We are very excited to host the prestigious Volvo World Match Play Championship this October. We are looking forward to working with Volvo, IMG and the European Tour to deliver what we hope will be the best Volvo World Match Play Championship to date and I have no doubt that the players will find the International Course at the Club ideally suited to match play golf.”

The Championship,  begun by Mark McCormack and IMG in 1964 and organised together with Volvo since 2009, will generate worldwide media coverage, with over 2,000 hours of golf broadcast to half a billion households, has evolved considerably since moving from Wentworth in 2009, successfully securing a world-class field by qualification on merit  and revising the format. Last year the Championship was the first full European Tour event to be played in Bulgaria at Thracian Cliffs with the three previous editions held at Finca Cortesín in Spain.