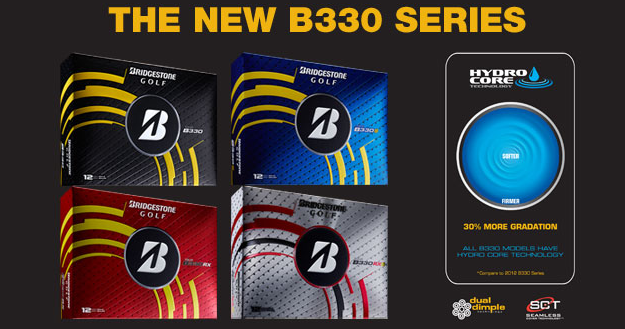 Bridgestone Golf,  has put a drop of water at the core of its new range of B-Series golf balls designed to match the varying swing speeds of average club golfers and elite Tour professionals alike.

IHydro Core Technology produces 30% more graduation in the formulation around the inner and outer areas of the core - producing a softer centre, but a firmer outer region. The result is less spin off the driver face for greater distance and accuracy, allied to a golfer’s swing speed and ability to compress the ball’s seamless cover.

While testing countless different compounds for the core of its latest family of B-Series premium balls, Bridgestone 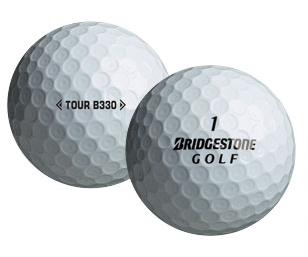 engineers discovered that a prototype with a drop of water in its core formulation process delivered exceptional performance attributes.

These were confirmed by Tour stars Brandt Snedeker and Matt Kuchar late last year. “When Kuch and I began hitting these balls during Presidents Cup practice rounds we noticed immediately how hot they were off the driver,” said Snedeker, who now plays the new TOUR B-330 ball, while Kuchar favours the TOUR
B-330-S model. “Needless to say, we are very excited about having these balls
in play on Tour in 2014,” he added.

As well as Tour stars, accomplished players with swing speeds of more than 105 mph can choose between the extra distance capabilities of the TOUR B330 ball – with a 6% softer cover than the previous model – or the outstanding greenside spin of the TOUR 330-S model. Both 4-piece urethane covered balls continue to rely for penetrative flight on Bridgestone’s acclaimed Dual Dimple Technology.

To complete the new B-Series range, the majority of golfers who swing the driver at less than 105 mph also have the opportunity to benefit from Hydro Core Technology and gain significant distance off the tee with either the B330-RX or B330-RXS balls with 3-piece urethane cover construction. The B330-RX ball is designed for players seeking more distance off the tee, while the B330-RXS offers more greenside spin. Together they are the softest multi-layer Tour balls on the market.

Bridgestone have been at the forfront of ball fitting in recent years and can boast a record of more than 50% of those golfers who have experienced a Bridgestone ball fitting switched to a B-Series ball. The new range will be available from stockists in February at a RRP of £47.99 per dozen (€58) in their distinctive black (B330), blue (B330-S), red (B330-RX) & silver (B330-RXS) boxes.


The TOUR B330-RX ball is also available in Optic Yellow.

For further details about the new B-Series and other Bridgestone Golf balls, visit www.bridgestonegolf.com

So what sort of ball should you be using?