Favourites for the Abu Dhabi Championship

The new year has arrived, and soon to come with it is one of the first major international golf tournaments on the 2014 calendar. Though it is not a PGA Tour event, the Abu Dhabi Championship, taking place from January 16-19, figures to draw an enormous audience once more due to the impressive field of players competing. In preparation for the event, here's a quick look at the 5 players who figure to have the best betting odds of taking home the title in Abu Dhabi, and starting off 2014 with a bang. 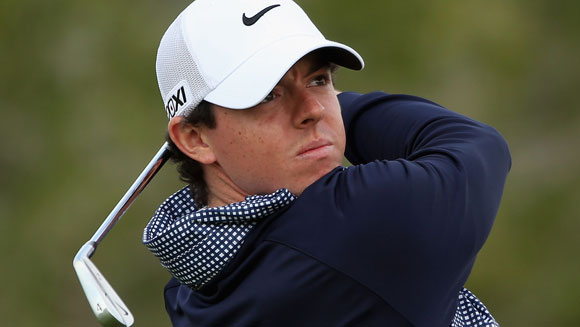 1. Rory McIlroy
Despite what many deemed to be a disappointing campaign in 2013, Rory McIlroy is expected to be competing with the best players in golf once more this year. In fact, if you check Betfair for the betting odds on yearlong golf competitions and majors, McIlroy tends to be right there with Tiger Woods (who incidentally is skipping Abu Dhabi this year after competing there for the past two) as a favorite. McIlroy has 12/1 odds (good for 2nd best) to lead the PGA Tour money list, and also has the 2nd best odds behind Woods for each of the 4 majors. In short, confidence is high for McIlroy, and the world's #3 player should have a real chance to make a statement in Abu Dhabi.

2. Phil Mickelson
Mickelson is in some ways replacing Woods as the biggest name in the tournament field this season. As reported by the BBC, Mickelson will be cutting back on his overall tournament schedule this season in order to maximize focus on the four majors, but his entry in Abu Dhabi should cause some excitement. He can't quite be called the favourite, but he'll be in the mix.

3. Justin Rose
Rose broke through at the U.S. Open last season, and is now all the way up to #5 in the world rankings. So, naturally, he'll be a serious contender in Abu Dhabi. Rose has also had specific success in this event, tying for 2nd place and coming within a stroke of the leader at last year's event. He'll certainly be a trendy pick to take home the trophy this season, and depending on the betting odds we start seeing as the tournament gets closer, might not be a bad upset pick.

4. Luke Donald
Despite his ranking as #11 in the world, Englishman Luke Donald went without a victory in 2013, and will naturally be gunning hard for an opening win in 2014. In this group, he's clearly not the favourite, but with only a handful of truly elite players in the fold, the championship could be one that Donald has a good chance to steal.

5. Henrik Stenson
Stenson placed 23rd at the event in 2013, and so will have some ground to make up. That said, he's likely to be near the top of the betting favourite list due to his relatively strong 2013 season. Defending champion Jamie Donaldson will also be in the conversation.