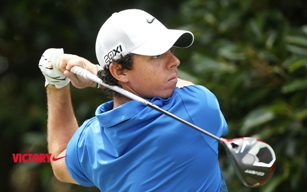 McIlroy, who began the final round four shots back at the Australian Open, birdied the final hole to win his first title in 2013. He beat 2013 Masters champion, Adam Scott in the process. It was the Norther Irishmans first victory for exactly 1 year and 6 days. He will head to this weeks Northern Trust World Challenge full of confidence.
On the European Tour the best players in South Africa were joined by European Tour stars to fight it out for the Alfred Dunhill Championship with Charl Schwartzel in first place, followed by Richard Finch (2), Simon Dyson (T3) and Ross Fisher (T3).
The win completed an  Alfred Dunhill Championship hatrick for Schwartzel and it was his  ninth European Tour victory – moving him up to the number one ranking in the Race to Dubai, and into the top 20 Official World Golf Rankings.

Rory McIlroy in the Bag:

In The Bag - Tour winners