Mizuno has announced a offer that optimises their confidence. Mizuno is offering its customers a ‘Satisfaction 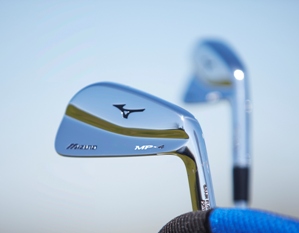 Guarantee’; simply, consumers that aren’t completely satisfied with the purchase of their 2014 range of MP-4, MP-54, JPX EZ and JPX EZ Forged irons – after six weeks following date of purchase – can return their clubs in exchange for a full refund*.

Mizuno’s ‘Satisfaction Guarantee’ was announced following record sales of its recently-launched MP-4, MP-54, JPX EZ and JPX EZ Forged irons. The Japanese brand, which counts former world number one-ranked men’s and women’s golfers, Luke Donald and Stacy Lewis (current world number three) amongst its ambassadors, also revealed a 40% increase in year on year sales of its custom fit clubs.
Tony Scott, UK Golf Marketing Manager at Mizuno Corporation, commented, “Mizuno has had a phenomenal year in terms of sales of its new ranges of products, both among the trade and in custom fit sales, which displays consumer confidence in the performance of the brand.”
Scott continued, “Mizuno has absolute trust in its Swing DNA custom fit process, and in the quality and craftsmanship of its golf products, particularly its 2014 range of MP-54, MP-4, JPX EZ and JPX EZ Forged irons, which is why we are guaranteeing total satisfaction or your money back.”

*To qualify for a refund you must have purchased a set of the new 2014 range (MP-4, MP-54, JPX EZ or JPX EZ Forged) of Mizuno Golf Clubs as recommended by the Swing DNA fitting software at a participating authorised fitting centre between 1 November 2013 and 31 January 2014.  The set must consist of a minimum of 5 and a maximum of 8 irons. Closing date for receipt of calls to the claim line is 28 March 2014, and the offer is limited to one claim per household.