After cruising to victory in Wychwood Golf Club’s Matchplay Championship, amateur golfer Iain Cox has paid tribute to a ball- 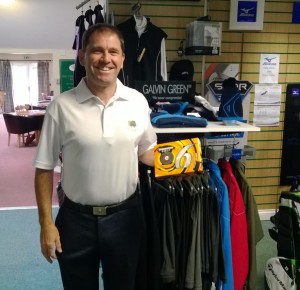 Joining the likes of PGA Tour stars Matt Kuchar and Brandt Snedeker who have been fitted for a Bridgestone golf ball, Cox won the matchplay final by a convincing scoreline of 5&4 over opponent Phil Smith in extremely blustery conditions – shortly after being measured for the e6 golf ball whilst on a golfing trip to the famous Royal Troon Golf Club in Ayrshire, Scotland.

“I was up in Scotland to get some practice in ahead of the Matchplay Championship, but the best decision I made was to drop in on a Bridgestone ball-fitting there,” said Cox, who is also Wychwood Golf Club’s Vice Captain. “I was told by the ball technician that the e6 golf ball was suited to my swing speed and it certainly suited my game as I was hitting the ball longer and straighter during the very windy conditions in the final. My big problem before the fitting was a severe slice on my tee shots, but thankfully this is not affecting my game anymore.”

Bridgestone Golf, the undisputed No.1 golf ball fitter with more than 228,000 fittings, has doubled its schedule of Ball Fitting Challenges during the first half of the season across the UK & Ireland and is set to deliver record numbers of fittings throughout 2013.

PGA and LET Success for Bridgestone