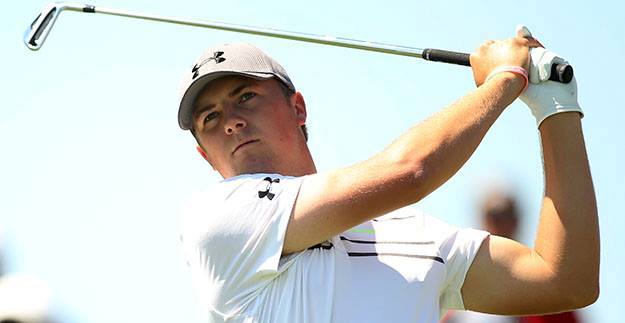 Fred Couples definitely knows what he’s doing when it comes to picking his squad, but having been so bang on for the last two Presidents Cup tournaments, does the fact that he’s breaking from the usual and throwing in a couple of wild cards cause concern?

Jordan Spieth is the first wildcard. The 20 year old will be playing at the Presidents Cup match in Ohio next month. He will also be joined by Webb Simpson as the American captain’s second choice. Simpson missed out on being automatically selected due to Zach Johnson’s performance at the Deutsche Bank Championship during Labor Day weekend.
Two people who definitely won’t be happy about the choice are Dustin Johnson and Jim Furyk, who were the other two big contenders to make it into the team.
But back to Spieth. What’s his form? He has actually had a highly successful first full PGA Tour season - he has won one, been runner up and been defeated in a play off. Not at all bad for someone who was an amateur in 2012 but in 2013 has already earned in excess of $3 million.
Simpson, however, is a much more experienced competitor in terms of number of championships he has played in, having played in the Presidents Cup in 2011, the 2007 Walker Cup and the 2012 Ryder Cup.
So, the whole team looks like this for America: Matt Kuchar, Keegan Bradley, Jason Dufner, Steve Stricker, Bill Haas, Hunter Mahan, Zach Johnson, Webb Simpson, Jordan Spieth, Tiger Woods, Brandt Snedeker and Phil Mickelson. They will play the International team at Muirfield in October.
For the International team, the captain Nick Price selected Brendon de jonge from Zimbabwe and Marc Leishman from Australia as his wildcards. He openly acknowledged that he had a real tough time choosing but came up with this as the final team: Hideki Matsuyama, Branden Grace, Graham DeLaet, Richard Sterne, Angel Cabrera, Brendon de Jonge, Marc Leishman.Adam Scott, Charl Schwartzel, Jason Day, Ernie Els, Louis Oosthuizen, Hideki Matsuyama, Branden Grace.
Check out freebets for information on the odds of each player as well as the likelihood of who is going to win and in what order. It’s time to get your cash ready and for golfing enthusiasts to lay their bets on the players they’re behind.
Before you decide who you’re prepared to bet on, you should be aware that the American team has only lost one of the nine matches that have been held since it started in 1994. And the ninth? It was a tie. So it’s pretty unlikely the International team will win, but you never know.