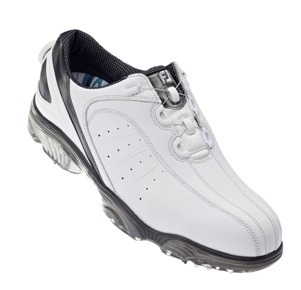 echelons of the game, including Adam Scott’s recent Major breakthrough at Augusta.

Promising to put a spring in the step of any golfer, FJ’s latest offer entitles consumers to a £20 discount when they trade in their old golf shoes for a new pair of DyJoys Tour™ or FJ SPORT.
Available until Sunday June 2nd, the promotion has been devised to give golfers up and down the country an added incentive to golfers to try FootJoy's highly respected range of tour class shoes.
This great offer is available on the following men’s and women’s models from the 2013 FJ range; DryJoys Tour, DryJoys Tour SL, FJ Sport, FJ SPORT Spikeless, Women’s DryJoys and Women’s FJ SPORT.
From the unrivalled performance and athletic design of the FJ SPORT, as worn by Masters Champion Adam Scott, to the cutting-edge stability and traditional looks of the DryJoys Tour, as worn by Ryder Cup stalwart Steve Stricker, both men and women can be guaranteed excellence on all terrains.
With the golf season now fully underway now is the perfect opportunity to spruce up your footwear and ensure you arrive at the first tee ready to show the true Mark of a Player that is characterised in all players who wear the FJ logo.
Russell Lawes, European Marketing Manager, FootJoy commentted. “We are committed to delivering golfers the ultimate in performance, comfort and style at competitive price points and this promotion clearly demonstrates our dedication to golfers from all walks of life. Now is the perfect time to follow in the footsteps of Major Champions and modern day icons of the game such Adam Scott and Louis Oosthuizen.”
For more information on all FootJoy please visit www.FootJoy.co.uk 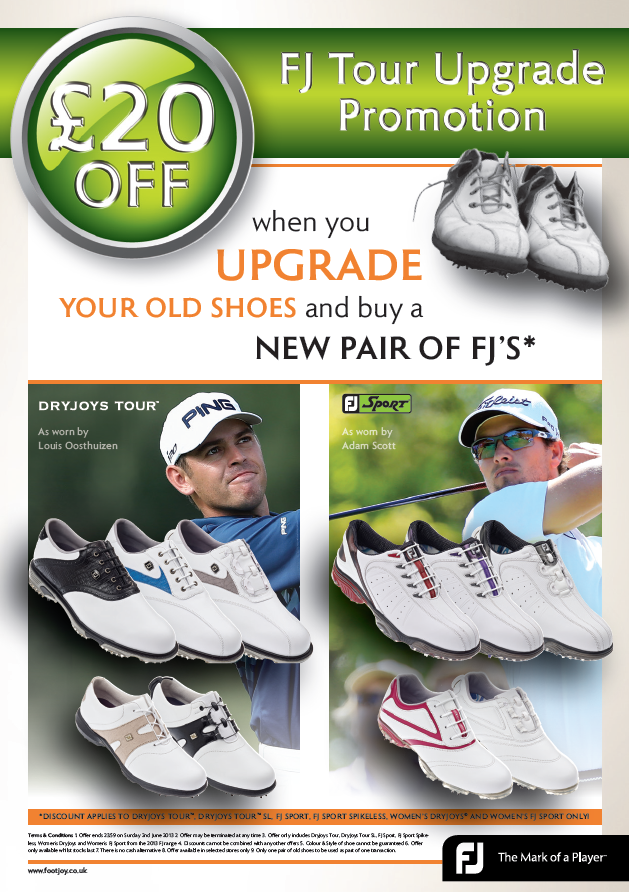 FootJoy Womens range is most comprehensive ever