Adams Golf have for many years been known for producing high quality Hybrids. They are a huge seller in the US and have a growing following in Europe, but quite rightly they don’t like to be known just for their hybrids.

They have been releasing some top of the range drivers and irons onto the market and we have got our hands on the flagship of their Iron range! Here is my un-biased review of the Adams CMB :

Firstly let us get the technical facts out of the way before we take a look at the fun stuff – looks and playability. 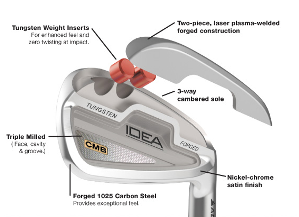 The Clubheads are forged from 1025 carbon steel, one of the softest steels on the market. Despite being a ‘players iron’ by appearance there is a wealth of technology in the CMB head. Tungsten weights are inserted into the toe to prevent twist and promote stability. These inserts are then covered by another section of forged 1025 carbon steel that is plasma welded to the rest of the head.

The finish is a brushed nickel. The face, grooves and cavity are all milled for increased performance.

The shaft is a KBS C-Taper. KBS have established themselves as one of the best steel shaft manufacturers and are claiming an increasing share of the shaft market. KBS have designed the C-Taper shaft following feedback from its tour professionals. As a result it  produces the lowest ball flight of any KBS shaft as well as the least amount of spin.

The CMB line up is completed by a top the range white Golf Pride Multi –Compound grip.

I am not going to beat around the bush, these are probably one of the best looking sets of clubs I have ever seen. If you take the heads in isolation they are a classic shape with a thin top line. All the head technology is cleverly hidden out of view and the brushed satin finish gives them a distinct  look. The CMB’s are undoubtedly a head turner and they certainly 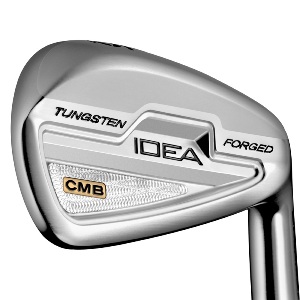 received their fair share of attention from my playing partners when I used them on the course.

Adding to the bling factor is the KBS C-Taper shaft. The steel shaft has been brushed to the point of nearly looking like graphite. The C-Tapers are pretty unique in the looks department and when the CMB head is finished with the white multi-compound you have serious set of clubs on your hands. You can almost hear them purr like a finely tuned german sports car.

The feel off the head is fantastic as you would expect from a forged carbon steel. They are buttery soft when you hit them out the middle, although the small head and limited cavity don’t allow them to perform well when you slap one out of the toe and a thin shot on a winters morning might leave you shaking your hand in pain.

Where the Adams CMB may fall down for some is the KBS C-Taper shaft. I found the shaft unlike anything I have hit before. At first I flipped them high in the air and found them a little stiff and unresponsive (I have been using Dynamic Golf S300’s). It took me a good 40-50 shots to start to get the most out of the shaft, but once I did I thought they were great. I eventually found a tempo to really gain confidence in the shaft and work the ball the way I wanted, but be warned,  if you struggle to gain feel and responsiveness from a stiff steel shaft, you may want to look at another option.

They CMB’s are a shot makers dream. The small heads and soft 1025 carbon steel make it easy to work the ball. If you can get the shaft to work for you as well you will find them as good as anything on the market, although a note of caution is needed. The heads are extremely small, especially in the long irons. They may be targeted at mid-low handicappers, but I would suggest that all but the best ball strikers may struggle to gain the consistency they require from them. Still the gain in golfing street cred that the CMB’s will undoubtedly bring and the stunning looks might just see more than a few adding them to the bag at the expense of healed shot or two running along the ground!

The CMB has the all the attributes of a modern great. It is not only an iron that performs. It also looks fantastic.  It is as workable as any iron I have tried and offers the feel of a pure forged blade while still giving a little stability that a cavity can offer.

The problem with the CMB comes with its suitability to the average golfers game.  The KBS C-Taper shaft is unlike any shaft I have hit and may take some getting used to and the heads really are quite small by today’s standard. Even a good ball striking single figure handicapper may struggle to make the CMB’s work for them on a weekly basis. A bad ball striking round could be a miserable experience.

I am going to repeat myself here! The Adams CMB are probably the best looking set I have ever seen. The combination of the head, shaft and grip make them pure golfing eye candy. What makes them a special set is the fact that they blend these looks with technology and design to create a great set of golf clubs. They are not for everyone, the heads are tiny and shafts different to any other on the market, but the bottom line is - You will pick these up and grin! 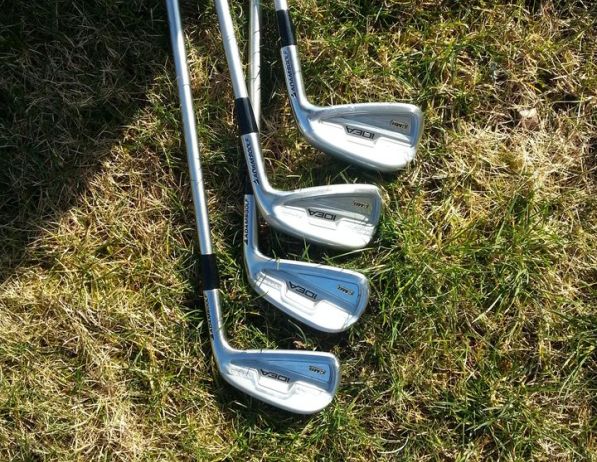 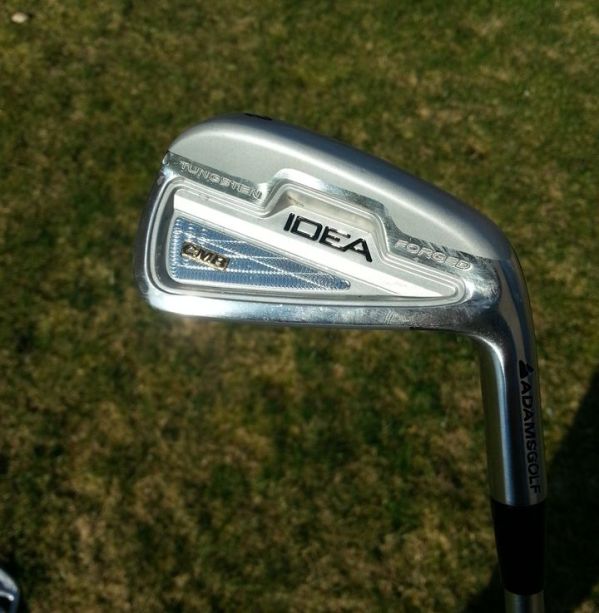 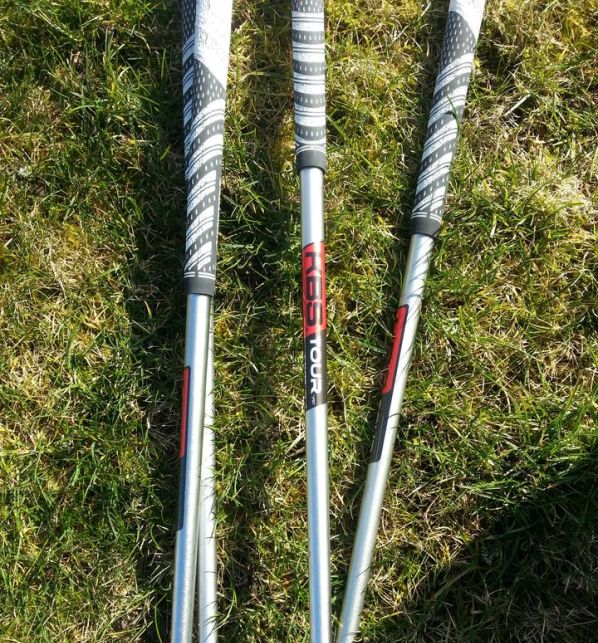