It is probably the worst kept secret in golf in recent times, but on monday in Abu Dhabi Rory McIlroy will be unvealed as the latest player to join the Nike stable. While speculation has swirled at the level of deal and the amount of money Rory will be paid ( suggested to be between $200-250M over ten years) it has been clear for some time that Nike were going to be the manufacturer to sign him.

That left many wondering exactly what Nike clubs Rory will put in play. We have been given access to some pictures taken this week at the Els Club in Dubai where McIlroy was spotted practicing ahead of next weeks tournament in Abu Dhabi. It looks as if he will play the Nike v11 Covert Blades with a cavity backed longer iron and a Nike Covert Driver. It is hard to see him changing his Scotty Cameron putter and that is still in the bag, but so is a Nike Method. 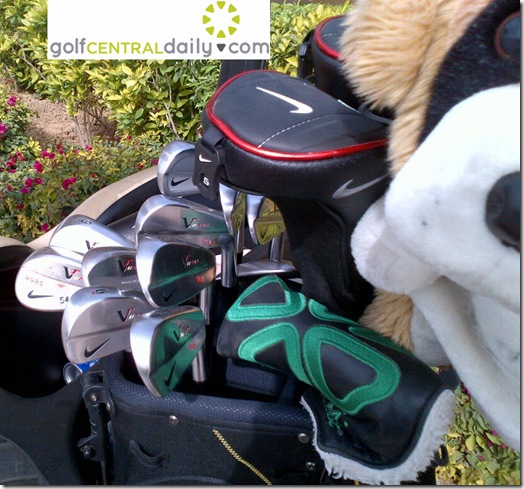 Nike are still keeping it a secret. This is a press invite to a conference on Monday at Abu Dhabi with a 'Special Guest' wonder who that could be?! 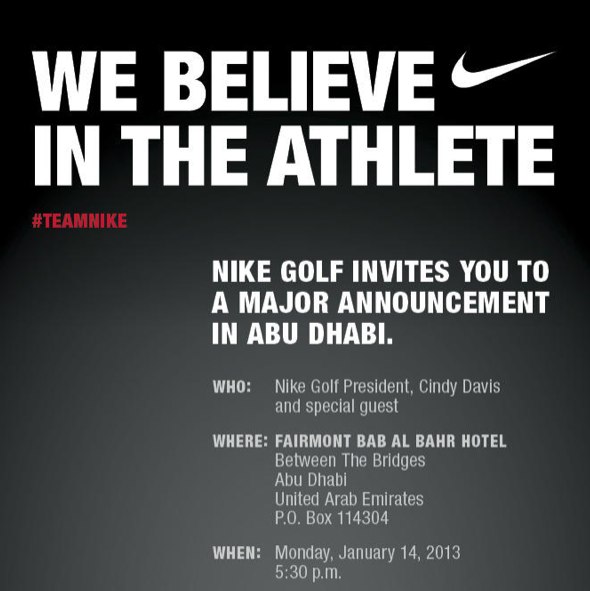