Much of the Golfing world is in a panic! They Ryder Cup starts on Friday and many will be stuck at their desks or driving in the car. If you are one of those unfortunate souls, then BBC Radio may have the answer! 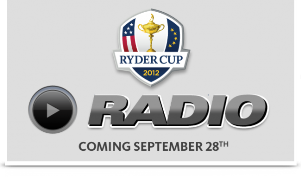 The BBC will be providing ball by ball coverage of the Ryder Cup on all three days via the BBC five Live station.