THE Alfred Dunhill Championship returns to Leopard Creek for the first time in two years with Christiaan Bezuidenhout back to defend his title on home soil.

The South African secured what was his second European Tour title with an impressive four-stroke victory thanks to a 69 on a thrilling final day, ending the tournament on 14 under par.

Bezuidenhout, who started the final round three shots adrift, said: "It's incredible. This tournament has been close to my heart since I played it for the first time.

"It's always been a tournament I wanted to win and to pull it off today is really, really special to me. I'm proud of myself to stick in there and to have pulled it off round here.”

They will be joined by Dan Bradbury, the young Englishman who defied the odds by winning the Joburg Open in only his third DP World Tour start. He is the feel-good story of 2022. The man from Wakefield turned professional during the summer and was only playing in Johannesburg on a sponsors’ invitation but led the tournament from start to finish.

It means he now has a three-year exemption, a place in The Open in 2023 and can plan his schedule. It will be fascinating to watch his progress in the weeks and months ahead.

A number of other Europeans are also taking part, hoping to finish off the year with a victory. These include Spain’s Adrian Otaegui, England's Eddie Pepperell, and Frenchman Antoine Rozner. 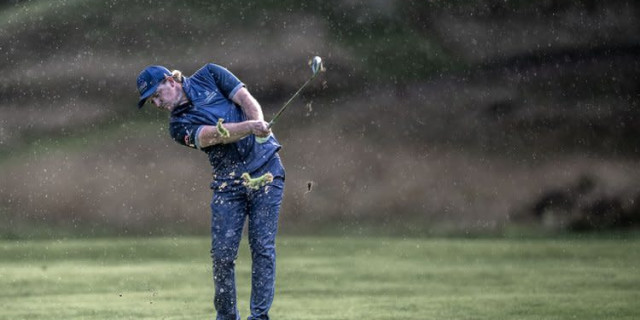 Four of the past six winners have been South African and the chances are that we will be seeing another home-grown champion. Bezuidenhout has become a world-class golfer who has shown some excellent recent form and will fancy his chances of retaining his title.

Leopard Creek is a par 72 measuring 7,249 yards. It borders a national park which is home to a host of wildlife, including crocodiles, hippos, antelope, buffalo and elephants. There are plenty of water hazards and tree-lined fairways, so accuracy from the tee is essential. Schwartzel is a four-time winner and lists Leopard Creek as his favourite golf course.

Dan Bradbury. Will be fascinating to watch his progress

Eddie Pepperell. Enjoyed a decent finish to the 2021-22 season

Sean Norris. Has a point to prove

Ernie Els. Looking to turn the clock back

Scott Jamieson. Has a half-decent record in South Africa

Joost Luiten. Trying to get his career back on track

Jeremy Freiburghaus. Had a wonderful year on the Challenge Tour