OPEN champion Cameron Smith is the star attraction and red-hot favourite to win the Australian PGA Championship in Brisbane this week, a tournament co-sanctioned with the DP World Tour and PGA Tour of Australasia.

Smith has, of course, defected to LIV Golf but that should take nothing away from what was an outstanding year for the Australian. He also won the Tournament of Champions, the Tour Championship and pocketed a further $4m with a LIV Golf victory.

He is also a two-time winner of this tournament.

“I’ve had an unbelievable year and to be coming home to play tournaments is the icing on the cake,” Smith said.

“I’m so excited to see friends and family again. Some of them I haven’t seen for years now and once I get to the golf course, I’ve got my eye on some more trophies.

“Winning the Fortinet Australian PGA Championship in 2017 and 2018 was awesome so to be playing in Queensland again, wearing my maroon shirt on Sunday around Royal Queensland, will be very special.”

Ryan Fox will be looking to spoil Smith’s homecoming. He is coming off the best season of his life on the DP World Tour, winning the Alfred Dunhill Links Championship and the Ras al Khaimah Championship and four runner-up finishes. He is now flirting with the top 20 in the world rankings.

The Kiwi won the PGA Tour of Australasia’s Order of Merit in 2019.

“I’m very excited to play in Australia again,” Fox said. “It’s good to have big tournaments back in Australasia and us Kiwis love coming across the Tasman to show up the Aussies on their home soil.

“It’s great to see the DP World Tour working with these events too and I look forward to hearing plenty of Kiwi accents in the crowds at Royal Queensland, Victoria and Kingston Heath.”

Smith and Fox will be joined by Adam Scott, Lucas Herbert and Min Woo Lee. 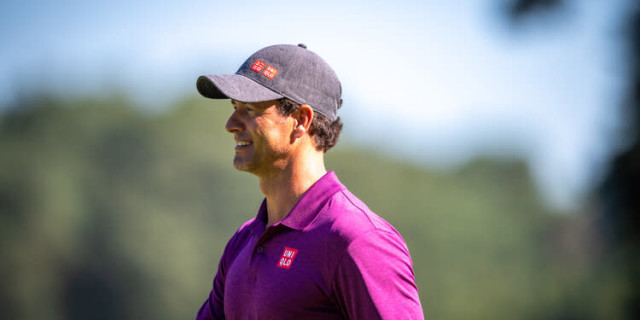 It is Scott’s first trip home in three years after a decent season on the PGA Tour. The 42-year-old says he can’t wait to tee it up at Royal Queensland in his home state as the DP World Tour begins its 2023 season.

Scott made the field for the season-ending Tour Championship at East Lake and led the International team at the Presidents Cup.

He will travel from Brisbane to Melbourne to play in the Australian Open next week, another tournament co-sanctioned by the DP World Tour and PGA Tour of Australasia.

The events will be the Queenslander’s first appearances in Australia since 2019. He has previously won the Open (at New South Wales in 2009) and the PGA twice (in 2013 and 2019) and is regarded as one of Australia’s all-time great players, immortalised for his historic win at Augusta National in the 2013 Masters - the first and only win in that event by an Australian.

“As a player it’s always an honour to come back and play before your home crowds. For me, that’s especially so in Queensland, I also love playing on the magnificent courses of the Melbourne sandbelt, so I can’t wait to get back down there for both events and hopefully, get a win or two,” said Scott.

“I’m rapt to be coming back to play for the first time in three years. It’s been way too long, but the pandemic and the travel restrictions have made it tough on everybody and obviously we’ve had a couple of events put on hold during that time.”

The Australian PGA Championship has a $2 million prize pool, having resumed from the pandemic break earlier this year when local hero Jed Morgan produced a record-breaking 11-shot win at Royal Queensland.

Royal Queensland is a par 71 measuring 7.135 yards. It opened in 1920 and was radically redesigned in 2007 by Mike Clayton. The fairways are wide and generous, the rough is short but the large greens are well-protected by bunkers.

Can anybody stop Cameron Smith winning this tournament for a third time? Probably not. He has had a sensational season, winning four times. And he will relish his return to his home land. But Ryan Fox has also had a brilliant 12 months and has enjoyed success on Australian soil in the past.

Cameron Smith. Who is going to finish second?

Adam Scott. Is there a better golf swing anywhere?