Rory McIlroy has called for Greg Norman to quit as commissioner of LIV Golf, hinting it is the only way that a peace deal can be achieved.

The Northern Irishman has been a loud and vocal critic of both LIV Golf and Norman.

And McIlroy did not mince his words when talking about the future. Speaking in Dubai, he said: "Greg needs to go. He needs to exit stage left. He’s made his mark but I think now is the right time to say you've got this thing off the ground but no one's going to talk unless there's an adult in the room that can actually try to mend fences.”

At the moment there seems little sign of a settlement to the dispute that has rocked men's golf in 2022. But McIlroy believes things will change next season.

"I don't think we will have another year like this one because all of the noise has been about who is jumping ship, who is going where, who is staying, who is going," he said.

LIV are locked in legal cases with both the PGA and DP World Tours. McIlroy, who has previously called for both sides to thrash out a solution, believes that is impossible at the moment.

"There are obviously two lawsuits going on at the minute," McIlroy said. "There's the PGA Tour versus LIV and there's obviously this one that's coming up with the DP World Tour in February.

"Nothing can happen if those two things are going on. Right now it is a bit of a stalemate." 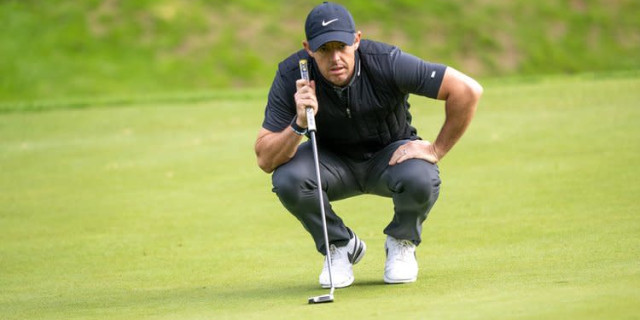 It had been widely reported that former TaylorMade boss Mark King is to replace Norman, although LIV Golf deny this.

Having lured the likes of Open champion Cameron Smith and other major winners, including Dustin Johnson, Bryson DeChambeau and Brooks Koepka, LIV are planning a 14 event super league next year, having staged eight tournaments in their debut season

A hearing in February will determine whether European players such as Lee Westwood, Ian Poulter, Richard Bland, Laurie Canter and Sam Horsfield will be banned from the DP World Tour.

The Saudi Arabian-funded LIV Golf are promising to make a raft of new signings by the end of this year.

The introduction of the LIV Tour has prompted the PGA Tour to increase prize funds and the American-based circuit will introduce a series of $20m tournaments for the world's best players next year.

Norman says PGA Tour players including Tiger Woods and McIlroy should be "thankful" for what LIV has brought to the game.

But McIlroy says it is Woods who deserves most gratitude from the leading players.

"Tiger is the reason that the stature of our game is where it is. The generation of Tiger and the generation coming after Tiger have all benefited from him and his achievements and what he's done for the game of golf.