THE news that the prize fund for the Aramco Saudi Ladies International is to be increased from $1m to $5m got us thinking about the whole question of prize money once again.

The boost means that the women will be playing for the same financial rewards as those competing in the men’s Saudi International, and will be the third largest prize pot on the Ladies European Tour.

Sadly, this is something of an exception.

Ashleigh Buhai leads the LET money list with 1,164,313 euros. Admittedly, she only played in three events but one of those was the Women’s Open, which she won, collecting $1m.

Ahead of the Nedbank Challenge in South Africa, McIlroy led the European money list with 5m euros from nine starts. More interesting is Ryan Fox, who had played 23 tournaments, won three of them and earned 2,574,729. That will increase dramatically after the DP World Tour Championship, but the point is that it is only a fraction of the amount he would have pocketed for a similar performance on the PGA Tour.

Typically, winning a PGA Tour event is now worth around $1.5m. The total prize fund for the Mallorca Open was $2m, with $333,330 going to the winner, Yannick Paul. All the men’s majors now pay their winners at least $2m.

The DP World Tour has announced a sizeable increase in prize money for 2022-23, with a total prize fund of £140m.

It sounds impressive until you compare it with what they are playing for on the PGA Tour over the same period - $428.6m. 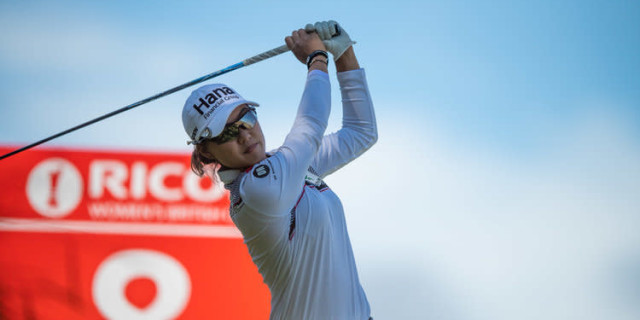 The Korn Ferry Tour is effectively the feeder tour for the PGA Tour, where young players go to learn their trade. Justin Suh topped the 2022 money list. He played in 24 events, winning once, and finishing the season with $497,263 in the bank.

The DP World Tour’s equivalent is the Challenge Tour. England’s Nathan Kimsey topped the list, with 208,918 euros from 23 starts.

And the average prize for winners on the now-defunct EuroPro Tour, which has completed its final season, was around £10,000.

Just to demonstrate how difficult life on tour can be, please read on…

Sean Jacklin, son of the legendary Tony Jacklin, qualified to play in the Houston Open. Sadly, he missed the cut and didn’t earn a cent. But that’s not the whole story. Sean had to play in two qualifying events to make the field, and it cost him $1,000 for each. So he spent $2,000 to earn precisely nothing.

The women’s game trails far behind.

LIV Golf’s arrival has led to major increases in prize funds in the men’s game. It’s way beyond time that somebody grabbed the women’s game by the scruff of the neck and did the same.