Golf Rule Changes You Must Know For 2023

Golfers now able to replace damaged clubs during rounds, and can no longer run afoul from ‘natural forces’

The R&A and USGA have updated the Rules of Golf, consolidating the modernisation process that began when the governing bodies last updated the rules in 2019.

Then, the R&A and USGA introduced a raft of new legislation with the aim of making the game less complicated and accessible, such as removing penalties for things like accidentally removing ball markers and touching impediments in bunkers and shortening the time spent searching for balls. 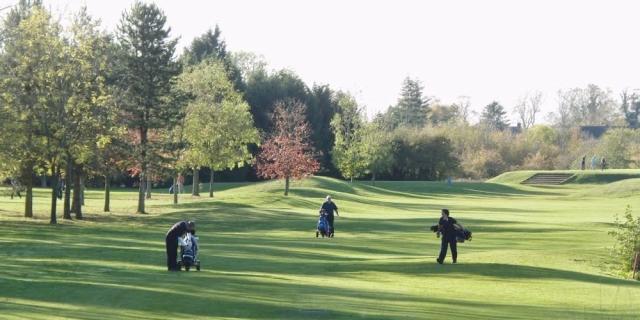 The same principles motivate the latest changes to the rules. Although not quite as far-sweeping as the 2019, the new rules, which come into effect on 1 January 2023, do contain some significant changes. Here are the most important that you need to know about.

Players can now repair or replace damaged clubs during a round (Rule 4.1a(2))

It used to be that players who incurred damage on their clubs, whether through their own actions or freak events had to take those clubs out of play - using a damaged club would result in disqualification. In 2019, the R&A and USGA changed the rules so that players could play with such damaged clubs without penalty. Now there is a further change: players can repair or replace a damaged club, however this only counts if the player did not damage it through abuse.

Balls moved by natural forces must now be replaced (without penalty) (Rule 9.3)

Until this latest rules update, if a natural force such as wind, water or gravity moved a ball that had been dropped, place or replaced you had to play it from its new location without penalty. Sometimes this could have quite far-reaching consequences, such as when Billy Horshel replaced his ball on the 15th green at Augusta in 2016 and a gust of wind then blew it into the water, turning a possible eagle into a bogey. Under the 2023 rules, Horshel would not have been penalised but could have fished his ball out of the water, replaced it and continued as if it had never happened.

If a putt hits an insect, the player or the putter (outside the stroke) the ball must be played as it lies (Rule 11.1b)

An ambiguity surrounding wording in this rule prior to the update allowed some players to argue that if a putt struck a person or outside influence the ball could be replaced and the stroke replayed. This was never intended to be the case and the R&A and USGA have now clarified this.

Changes to the back-on-the-line relief procedure (Rule 14.3b)

Previously, it was the case that players taking relief from a hazard or from an unplayable lie back-on-the-line were able to drop as far as they wanted no nearer the hole on a line between the flag and their ball. Players were given a one-club-length relief area within this, and if their ball rolled outside of this sphere they had to re-drop it. However, the R&A and USGA included a Model Local Rule which gave committees the power to allow players to play balls which rolled outside the relief zone under specific circumstances, and could be gamed by players to manipulate a good lie. Now, the rule has been simplified: simply go back on the line with the hole, drop and the ball can roll up to one-club length in any direction.

Modifications for players with disabilities (Rule 25)

Now, rather than being dependent on local rules, the modification to the Rules of Golf which allow disabled athletes to play automatically apply to all competitions, including all forms of play.

To get you ready for 2023, you can download the Rules of Golf in full as well as a useful  infographic from the R&A website now. The Rules of Golf App will be updated fully and available for download from mid-December.

For the full list of upcoming rule changes, please visit the R&A or USGA websites, which can be found respectively at www.randa.org and www.usga.org/rules.