10 Golfers Who Quietly Go About Their Business

THERE are sportsmen and women who go about their business with great fanfare. Rory McIlroy, Tiger Woods and Patrick Reed are examples of golfers who wear their hearts on their sleeves, get the crowd involved and know how to enjoy winning golf tournaments.

And we always know exactly how Jon Rahm and Tyrell Hatton are feeling!

But not everybody is like that. Many Tour pros go about their business quietly, with a minimum of fuss. Here, we look at 10 players who go under the radar. 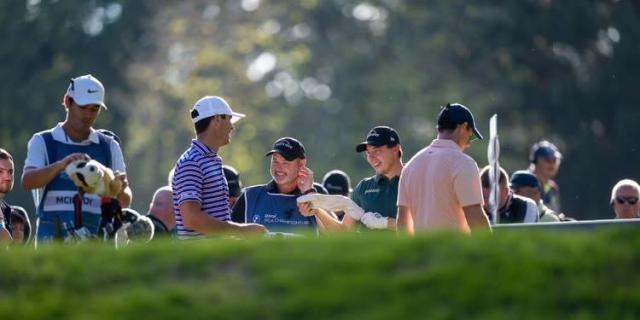 There isn’t an ounce of spare flesh on Fitzpatrick and he would be the first to admit that he is not exactly the flashiest golfer on the planet, or the most demonstrative. But nobody can possibly deny his talent. And nobody should be surprised - he did, after all, win the US Amateur Championship at the age of 18. His first victory on the DP World Tour came at the British Masters in 2015 when he was just 20. A further six victories followed, including winning the DP World Tour Championship twice before his crowning glory in 2022 when he claimed the US Open. He also had a runner-up finish on the PGA Tour in 2021-22 as well as eight other top-10 finishes.He has twice played in the Ryder Cup but is still looking for his first point.

Rai once broke a record by holing an astonishing 207 consecutive putts 10-foot putts. He has won twice on the DP World Tour, the 2018 Hong Kong Open and the 2020 Scottish Open. He is one of a tiny number of golfers to wear gloves on both hands. He is an unassuming character but he seems to have mastered the art of balancing life on the pGA and DP World Tours. He played 28 events on the PGA Tour in 2021-22 and comfortably retained his playing privileges. Just don’t expect him to shout it from the rooftops. 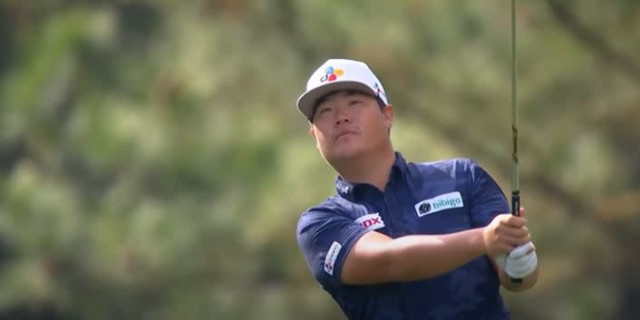 The Korean is a machine. A quiet machine. And a highly efficient one. In 2018 he won twice on the Web.com Tour and was named player of the year. And the following season he was named rookie of the year on the PGA Tour. He won the Honda Classic in 2020 and the Shriners Children’s Open the following year. He was runner-up at The Masters in 2020 and has twice represented The Internationals in the Presidents Cup. In 2018-19 and 2020-21 he played in 35 PGA Tour events. Last year he scaled it back to 26.

Why Sungjae Im is Golf's Ironman

Homa has been a slow burner. As an amateur he never reached higher than 78th in the amateur world rankings. He turned professional in 2013 and earned his card for the PGA Tour for the 2014-15 season but lost it immediately. He eventually returned in 2019 and won the Wells Fargo Championship in May 2019. Two years later he claimed his second title at the Genesis Invitational, beating Tony Finau, who also features in this list, in a playoff. He has since won twice more and is now firmly established in the top 20 in the world rankings, and represented the USA at the Presidents Cup in 2022. But he gives the impression that he cannot quite believe what he has achieved.

Sepp who? Straka is an unassuming individual who is making serious waves on the PGA Tour, and could be a key member of Luke Donald’s European Ryder Cup team. He became the first Austrian to win on the PGA Tour when he claimed the Honda Classic from a world-class field in February 2022 and followed it up with a runner-up finish at the FedEx St Jude Championship. And he came within a whisker of starting the 2022-23 with another win at the Sanderson Farms Championship. He is slightly overweight and nothing ever seems to bother him

He never has had the prettiest golf swing and he is certainly not the most demonstrative of individuals but, in his prime, Zach Johnson was some player. He won The Masters and The Open, and the respect of his peers. He also won a further 10 times on the PGA Tour. He was ranked in the top 100 from 2004 until 2019, and made the FedEx Cup playoffs every year from 2007 until 2018. He has played in the Ryder Cup five times and in the Presidents Cup four times. 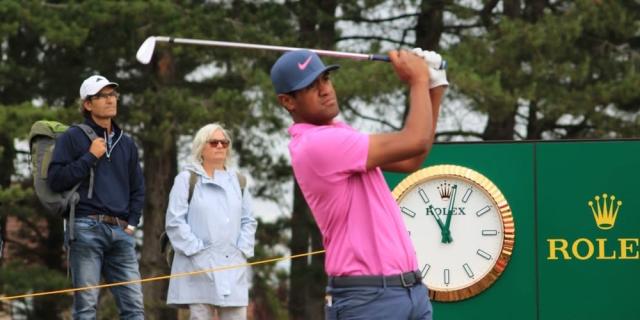 He may be 6ft 3in tall, tip the scales at 14st 7lb and be one of the biggest hitters in the game but Finau tends to go under the radar. He won the Puerto Rico Open in 2016 but then had to wait five years for his second win, at the Northern Trust. In 2022 he won in consecutive weeks, at the 3M Open and Rocket Mortgage Classic. Finau enjoys top-10 finishes for fun - 28 of them between 2018 and 2022, to be precise. And seven runner-up finishes. Has twice represented the USA at both the Ryder Cup and Presidents Cup.

Zalatoris is built like a one iron but is one of the best ball strikers in the game. He has a wonderful temperament but would be the first to admit that he also possesses a dodgy putting stroke. But he more than makes up for that with the quality of his iron play. And he has a happy knack of performing well in the majors. Really well. Undemonstrative, but a true superstar.

Spent most of 2022 as the world number one but if he walked down most high streets nobody would bat an eyelid or give him a second look. He enjoyed a sensational year in 2022, winning four times, including claiming The Masters. He also finished second four times, earning a staggering $14m in prize money. He turns up, wins and quietly heads home.

Tyrrell Hatton throws hissy fits. Jon Rahm slams golf clubs into the turf. Jordan Spieth constantly counters to his caddie - and anybody else within earshot. Morikawa is the polar opposite. When he comes off the golf course you wouldn’t know whether he has shot 60 or 80. He always makes time for the media and speaks quietly and thoughtfully. He is also the best iron player on the planet and has so far won two majors.

How Professional Golfers Make Their Way to The Main Tours