How Professional Golfers Make Their Way to The Main Tours

FEEDER tours are an essential part of the professional game - they are where young players go to learn their trade and, for the lucky few, they are the route to the likes of the PGA Tour and DP World Tour.

So it came as a huge blow when the PGA EuroPro announced that, after 20 years, 2022 will be its final season.

The third tier in European men's golf was responsible for helping to produce the likes of Louis Oosthuizen, Charl Schwartzel, John E Morgan, Aaron Rai, Tyrrell Hatton, Marcus Armitage and Richard Mansell, who all went on to bigger and better things.

From the EuroPro Tour they would progress to the Challenge Tour and then to the DP World Tour but the impact of changing global investment, media and sponsorship has led to a decision to scrap it.

Let’s be clear, nobody who played on the EuroPro Tour did so to make their fortune - the average first prize is around £10,000. But it did give them the opportunity to test their games in a highly competitive environment, albeit over 54 holes.

This year, Josh Hilleard is a multiple winner on the EuroPro Tour and will progress to the Challenge Tour next season.

Oliver Wilson is a former Ryder Cup player who won the 2022 Made in Himmerland on the DP World Tour. He is also a former winner of the Alfred Dunhill Links Championship. But his game fell off a cliff, he lost his card and ended up playing on both the EuroPro Tour and Challenge Tour before finding his way back to the DP World Tour. 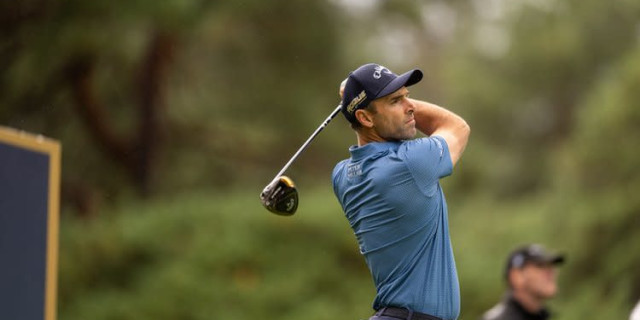 The good news for young (and not so young) professionals in Europe is that the Alps Tour, Pro Golf Tour and Nordic Golf League will still offer a route to the Challenge Tour. Perhaps the most famous Alps Tour graduate is Matt Wallace, who was a multiple winner before progressing to the DP World Tour - these mini tours also offer world ranking points.

The Challenge Tour offers 20 places on the DP World Tour. In 2021, Marcus Helligkilde won three times and topped the Road to Mallorca rankings. Going into the Alfred Dunhill Links Championship he had managed just three top-10 finishes on the DP World Tour but the 26-year-old was in 91st place in the rankings, and should retain his playing privileges for 2022-23.

Alexander Knappe, of Germany, is a two-time winner on the Challenge Tour in 2022, leads the rankings and is already assured of his place on the DP World Tour. Aged 33, Knappe has been here before and will be hoping that he can finally retain his card next year.

In the United States, the Korn Ferry Tour is the route to the PGA Tour, with the top 25 players at the end of each season progressing to the PGA Tour.

This year’s top player on the Korn Ferry Tour is 25-year-old Justin Suh, who won once, finished second once and had 10 top-10 finishes on his way to earning $450,000 and securing his playing privileges one the PGA Tour.

Many of the 25 players who progressed to the new season on the PGA Tour are youngsters but among their number was Ben An, who is 31 and is a former winner of the BMW PGA Championship. He moved to America and lost his way but has worked his way back and finished in a tie for fourth at the Fortinet Championship upon his return to the PGA Tour.