HAVING worked so hard for so long to make his mark on the PGA Tour, Jason Korkrak won last year’s Houston Open for his third success in a remarkable 13-month period after going 232 starts without a victory.

But the American will not be back to defend his title as he has joined LIV Golf. He won the title in superb fashion 12 months ago, making four successive birdies on the back nine on his way to a 65 and a two-shot victory overtaking Scottie Scheffler and Martin Trainer with six holes to play.

Scheffler, who was still looking for his maiden win, had a two-shot lead when he made the turn. He didn't hit a green in regulation until the 15th, making three soft bogeys that left him too far behind to make a late run.

What a difference a year makes for Scheffler. He won four times in 2022, including the 2022 Masters, and claimed the top spot in the world rankings. He has now been usurped by Rory McIlroy and will return to Houston looking to get back to winning ways, buoyed by his third place finish at Mayakoba. 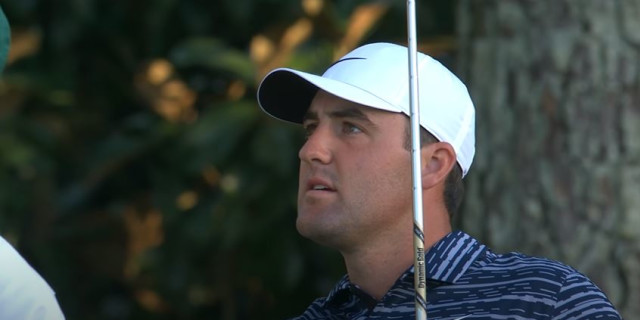 Rose is a 10-time winner on the PGA Tour but has endured a miserable run.During the 2021-22 season he missed five cuts in 18 starts and had just two top-10 finishes. He began the new season having fallen outside the top 70 in the world rankings. The Englishman has been working hard on his game and is determined to get things back on track.

Burns has been a revelation. Still only 26 years old, he won three times in 2021-22, and also enjoyed eight top 10s and 14 top-25 finishes in just 24 starts. If Burns turns up with his A-game he contends. Pure and simple. And he began the new season with a tie for seventh behind Rory McIlroy at the CJ Cup.

But the man they all have to beat is Matsuyama. The former Masters winner is a model of consistency these days. He won the ZOZO Championship and Sony Open. He was also fourth at the US Open and tied 14th at The Masters. And he has continued his good form into the new season.

Memorial Park underwent a major renovation programme in 2019, overseen by Tom Doak. One of the most intriguing features of the course is the state-of-the-art storm water irrigation system designed to capture and retain 80 million gallons of storm water for irrigation purposes removing the golf course's irrigation from the city's potable water system.  It is a public course   - locals pay just $30 for 18 holes

Hideki Matsuyama won twice during the 2021-22 season and has continued to show decent form in the new season. He is ready to win again. Sam Burns had a sensational season and was in contention again at the recent CJ Cup. And keep an eye on Tony Finau, who now reels off top-10 finishes for fun.2017 winner Russell Henley will also fancy his chances after winning the Mayakoba Classic.

Hideki Matsuyama. Has no weaknesses

Justin Rose. Needs to get his career back on track