MOST of the golfers who defected to LIV Golf said that one of the key reasons for their decision was that it meant they could spend more time with their families.

So it will come as something of a shock to their systems to be teeing it up in Jeddah as they compete for a second successive week in the seventh event of their maiden season - and with the knowledge that they will be in action again in Miami at the end of the month.

The rewards for the 48-man field are, of course, huge. Quite apart from the $4m first prize on offer for each tournament, there will be a vast bonus pool on offer in Miami for their equivalent of the FedEx Cup. And the man in pole position to grab the lion’s share of the spoils is Dustin Johnson, who has shown a remarkable level of consistency since the series began, finishing in the top 10 each and every time.

Their new “alliance” with the MENA Tour should have meant that they were eligible for ranking points but the OWGR (Official World Golf Ranking) board has said that insufficient notice was given and that a decision on ranking points for LIV and the MENA Tour will only be taken after a review. 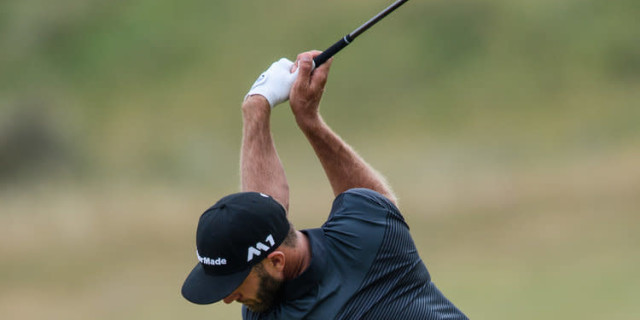 There is still bad blood between LIV Golf and the PGA and DP World Tours, with court battles looming on both sides of the Atlantic. Many people still hope that a resolution can be reached but Jay Monahan, commissioner of the PGA Tour, does not appear to be one of them

Does he believe the two tours can coexist? “They’ve gone down their path and I think we have been pretty consistent that we’re going down ours, and I don’t see that happening. Haven’t, and I don’t.”

Not everybody agrees with Monahan, and some players are rather more conciliatory. Here is Rory McIlroy’s latest take on things.

"There is a time and a place for it. I just think right now, with where everything is, it’s probably not the right time. But saying that, I don’t think we can let it go too much longer. So I’m all for everyone sitting around the table and trying to figure something out for sure.”

And Adam Scott remains a fan of fellow Australian Greg Norman, LIV Golf’s chief executive. “This is something he truly believes in and I don’t begrudge him for going for it one bit at all,” Scott said. “Sure, it’s rocked the orders of golf, which has never really happened in this way before. But I’m optimistic that people’s [intentions] are still good, and therefore we will come to a better place.

“I completely understand anyone doing it. They’ve been offered an opportunity and it suits them. All power to them. I really want it to work out for them.”

Norman has been widely quoted as saying that he hopes his series will help to grow the game globally, and especially in this part of the world, so it will be interesting to see if this week’s tournament attracts decent crowds.

Those who do turn up can be certain that Open champion Cameron Smith will once again be in contention but Johnson has won before in this part of the world.

Royal Greens Golf and Country Club is a spectacular par 72, measuring 7,100 yards. It has been carved out of the desert and overlooks the Red Sea. It features many bunkers, waste areas, water hazards and magnificent putting surfaces.

Dustin Johnson won the Saudi International here in 2019 and 2021 and has been in superb form all year, never finishing outside the top 10 in any LIV Golf event. He will most definitely fancy his chances of adding another title here.

Dustin Johnson. Loves this part of the world