YOU have to feel for Trevor Immelman as he prepares to captain The Internationals against the USA in the Presidents Cup at the magnificent Quail Hollow this week.

When the contest was last played, The Internationals came within a whisker of pulling off a sensational victory and there was much optimism about their prospects of winning on US soil for the first time in 2022.

That was then. Immelman has lost Cameron Smith, Marc Leishman, Louis Oosthuizen, Charl Schwartzel, Branden Grace and Joaquain Neiman to LIV Golf - those players would have formed the backbone of his team.

Yes, Davis Love III has lost players too, with Dustin Johnson, Brooks Koepka, Bryson DeChambeau, Patrick Reed and Kevin Na all lost to the cause.

The Presidents Cup was first played in 1994 and the USA easily won the inaugural event. They won again in 1996 before the Internationals, captained by the legendary Peter Thomson, won 20.5-11.5 at Melbourne in 1998. There was also a tie in South Africa in 2003. But the USA have won every other contest and it is difficult to foresee any other outcome this time. 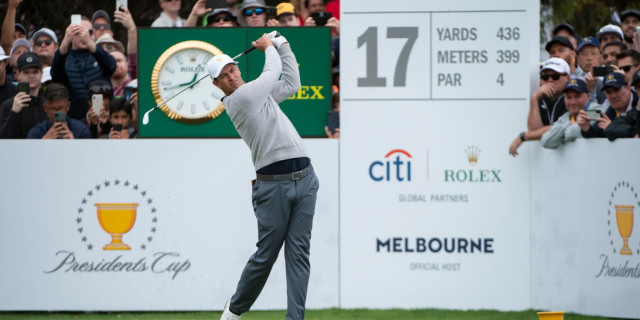 A huge amount of responsibility will fall on the shoulders of Matsuyama and Scott as the senior members of Immelman’s team. But, to be frank, it is difficult to see where the points are going to come from.

Of course, the wonderful thing about sport is that it can be so incredibly unpredictable but, with nine fourballs, nine foursomes and 12 singles to be played, if Immelman’s team are still in contention when it comes to the final day they will have exceeded all expectations.