A STRONG field assembles at Le Golf National this week for the French Open, which is being played for the first time since 2019.

Three years ago the tournament was won by Belgium’s Nicolas Colsaerts. It was his first victory in seven years and it turned out to be a struggle for the big-hitting Belgian.

Colsaerts saw a five-stroke advantage disappear during a dramatic final day, but a one-over 72 proved good enough for him to finish a shot clear of Joachim B. Hansen.

It was his first success since the 2012 Volvo World Match Play Championship and secured his full playing privileges on the European Tour until the end of the 2021 season, having started the week battling to hold on to his card. He has had more serious battles to overcome since then as he has struggled with serious illness.

“I’m excited to return to Le Golf National and defend my title,” said Colsaerts. “It has been a long wait since the 2019 event, not only for me but for the French golf fans, and I am looking forward to playing in front of them.

“It is a tournament and a venue which has always been close to my heart so to win in 2019 was very special, and it will be a lot of fun to step onto that first tee as defending champion.”

The 39-year-old will be joined in the field by French stars Matthieu Pavon, Victor Perez and Antoine Rozner. 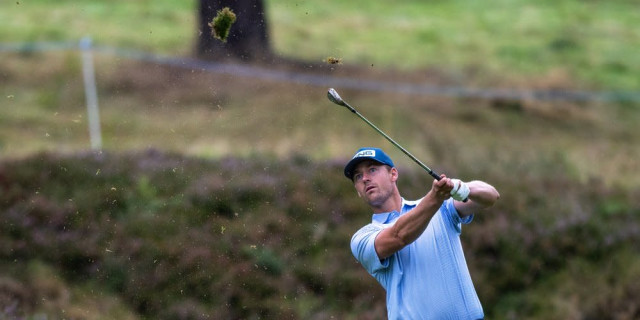 Perez claimed a top 20 finish in his last appearance on home soil, three weeks after he won his maiden title at the 2019 Alfred Dunhill Links Championship in Scotland and has enjoyed a decent season, while Rozner has become a two-time winner since he last played in front of his home fans - winning the 2020 Golf in Dubai Championship followed by his 2021 Commercial Bank Qatar Masters triumph.

Look out, too, for Thomas Pieters. He won the Abu Dhabi Championship earlier in the year and has played consistently all year, finishing second at the BMW International Open and tied for eighth at the Czech Masters. He is now comfortably back in the top 40 in the world rankings and will be eyeing a Ryder Cup berth next year.

Among those in the field this week is Patrick Reed, who also played in the BMW PGA Championship at Wentworth, where he finished in a tie for fifth place. Reed has, of course, defected to LIV Golf and has been suspended by the PGA Tour. But he is still eligible to play on the DP World Tour and is doing so in a desperate attempt to accumulate much-needed world ranking points.

Reed is a golfer who has always divided opinion but he always gives full value for money. It goes without saying that the DP World Tour would rather he wasn’t in France but don’t be surprised to see him contend.

Le Golf National is an outstanding course. It is a par 71 and measures 7,247 yards. It features many natural dunes, making it a superb course for spectators. The rough is thick and there are several lakes and ponds. The man who wins this week will need to find a lot of fairways.

Ewen Ferguson is having an extraordinary season, winning twice and finishing second at the Made in Himmerland. Don’t read too much into his missed cut at the BMW PGA Championship. Antoine Rozner has shown some decent recent form, finished in a tie for 13th at the Czech Masters and tied fourth at the European Masters, and will want to put on a show for his home fans.

Ewen Ferguson. Having an outstanding season

Thriston Lawrence. Looking for third win of the year

George Coetzee. Looking to put some miserable form behind him