What Confuses Me About LIV Golf

I AM confused. To be clear, I am confused by all things related to LIV Golf.

Let me start with Sergio Garcia. He is no longer a member of the PGA Tour and he told the world he was going to walk away from the DP World Tour. But he has changed his mind, saying that he intends to retain his membership in the hope of qualifying for next year’s Ryder Cup.

The Spaniard says that the Ryder Cup is part of his DNA. He further says that he joined LIV Golf to secure his future, and that of his family. This from a man who has picked up $54m in prize money on the PGA Tour alone. That is without taking into account the €30m he has won on the DP World Tour. Or the huge sums he has earned in sponsorship deals.

How much money does it take to secure your future?

Garcia was one of a number of DP World Tour members who were each fined £100,000 for taking part in the first LIV Golf tournament at Centurion Golf Club. He has since played in two further LIV Golf events - does this mean he has been fined a further £200,000?

Let’s be clear Sergio - as things stand, you have absolutely no chance of playing in the Ryder Cup in Italy next year.

But my confusion doesn’t end with Garcia. 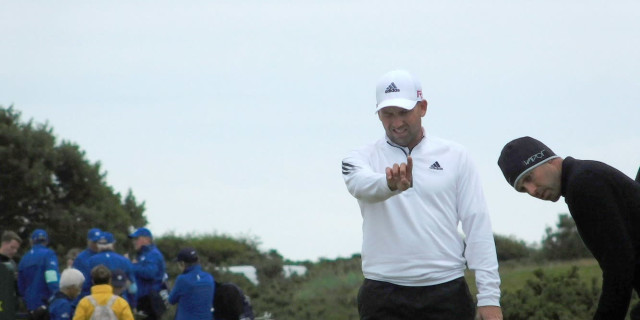 It is quite clear that the men behind the Saudi-backed LIV Golf Series have more money than sense. How else do you explain the logic behind offering Tiger Woods a mind-blowing $800m to join them?

And remember that the approach was made after his dreadful car crash, the one in which he nearly lost his right leg. This is the same Woods who defied the odds by making the cut at both The Masters and the US PGA Championship, wasn’t fit enough to play in the US Open and then missed the cut at the 150th Open at St Andrews by a mile.

Ironically, Woods pocketed $8m for winning the PGA Tour’s Player Impact Programme last season despite spending most of the year either in hospital or in recovery. When he posted images of himself hitting shots, social media went into meltdown.

So yes, he does move the social media needle but only because people are desperate to see him back in action, and we have have to live with the fact that what we have seen this year is as good as it is ever going to get.

Which brings me back to my original point. Why would you want to hand over $800m to somebody who may never break par again? When you look at the sums being handed out you may well think that the world has gone start raving mad. Dustin Johnson and Phil Mickelson have both being given in excess of $100m, Henrik Stenson $40m etc etc etc.

Woods has maintained his allegiance to the PGA Tour over the new circuit. He said, "The players who have chosen to go to LIV and to play there, I disagree with it. I think that what they've done is they've turned their back on what has allowed them to get to this position.

"You're just getting paid a lot of money up front and playing a few events and playing 54 holes. They're playing blaring music and have all these atmospheres that are different.

"I just don't see how that move is positive in the long term for a lot of these players, especially if the LIV organisation doesn't get world-ranking points and the major championships change their criteria for entering the events.”

Why Professional Golf Does Need to Embrace Some Changes