THE DP World Tour put itself on collision course with the players who took part in the LIV Series tournament at Centurion. The tour stopped short of suspending them but the likes of Sergio Garcia, Ian Poulter, Lee Westwood and Richard Bland will each be fined £100,000 - with the threat of further fines if they take part in other LIV events.

And, of course, the next one takes place at Pumpkin Ridge next week.

In a statement, the DP World Tour said that the golfers who played at Centurion "contravened the conflicting event Regulation laid down in the Members’ General Regulations Handbook as well as the Code of Behaviour Regulation, of which the members have been reminded on a number of recent occasions.”

Apart from the fines, the players in question will not be allowed to take part in the Genesis Scottish Open and Barbasol Championship (July 7-10) and the Barracuda Championship (July 14-17) and have been removed from the entry lists of these events where applicable. These tournaments are all co-sanctioned with the PGA Tour, which has suspended its members who have joined the LIV Series.

The statement went on: "It is important to note that participation in a further conflicting tournament or tournaments without the required release may incur further sanctions.

"Money raised from the fines will be shared equally in two distinct ways; (i) it will be added to prize funds of upcoming tournaments on the DP World Tour, to the benefit of Members of the DP World Tour who have complied with the Release rules and (ii) it will be distributed through the Tour’s Golf for Good programme to deserving charitable causes in the communities that the DP World Tour plays." 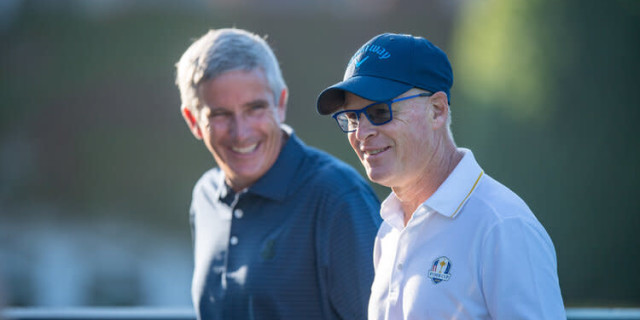 Keith Pelley, Chief Executive of the DP World Tour, said: “Every action anyone takes in life comes with a consequence and it is no different in professional sport, especially if a person chooses to break the rules. That is what has occurred here with several of our members.

“Many members I have spoken to in recent weeks expressed the viewpoint that those who have chosen this route have not only disrespected them and our Tour, but also the meritocratic ecosystem of professional golf that has been the bedrock of our game for the past half a century and which will also be the foundation upon which we build the next 50 years.

“Their actions are not fair to the majority of our membership and undermine the Tour, which is why we are taking the action we have announced.”