The Next Ryder Cup is Going to Look Very Different

THE most significant impact of the LIV Series is going to be on the Ryder Cup.

With a number of top Europeans reaching the end of their careers, there was always going to be a changing of the guard for European captain Henrik Stenson. But now his hand has been forced.

Lee Westwood, Sergio Garcia, Bernd Wiesberger and Ian Poulter formed one-third of Padraig Harrington’s team last year but all of them are now likely to be banned. In the case of Garcia, Westwood, Poulter and Graeme McDowell, who has also thrown his lot in with the rebels, it is also likely to end any hopes they had of captaining Europe.

Sam Horsfield might reasonably have expected to be in line to make the team but has also joined the LIV Series along with Adrian Otaegui, Pablo Larrazabal, Martin Kaymer, Laurie Canter and Oliver Fisher.

Europe, left in turmoil following the humiliation at Whistling Straits in 2021, may have hoped to call on a some of their veterans in either a playing or supportive capacity.

But the fallout could provide the Europeans the perfect opportunity bring in a new era. 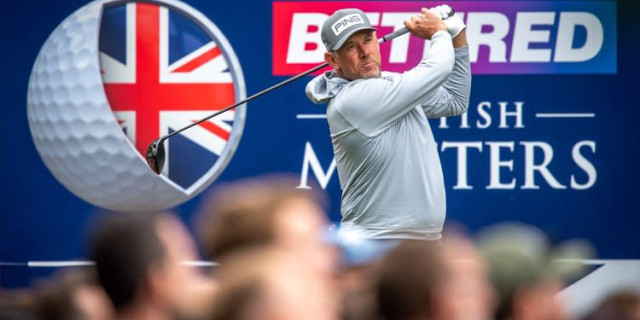 Stenson will still be able to call upon Rory McIlroy and Jon Rahm. And that’s just for starters.

Matt Fitzpatrick, Paul Casey, Shane Lowry, Viktor Hovland, Tyrrell Hatton and Tommy Fleetwood will surely be in the mix for places in the team in Rome.

And there is a host of fresh young talent, including the 21-year-old Hojgaard twins, Italian Guido Migliozzi, Scotland's Robert MacIntyre, Aaron Rai and Victor Perez.

And that’s before you even begin to consider the claims of Thomas Detry, Seamus Power, Adri Arnaus and Thomas Pieters, who went 4-1-0 on his rookie appearance in 2016.

McIlroy has been one of the most outspoken critics of the Saudi breakaway league.

If he plays in Rome - as he surely will - the Northern Irishman will be competing in his seventh Ryder Cup and is certain to fill the leadership void left by Poulter and Co.

The 33-year-old's emotional interview following his singles match last year, in which he broke down in tears, is testament to the passion McIlroy has for the cause.

And let’s not underestimate the impact the LIV Series is going to have on Zach Johnson’s team. He will be without Dustin Johnson, Bryson DeChambeau and Patrick Reed. And other big-name PGA stars will surely join the breakaway tour.

Team USA thrashed Europe by a record winning margin of 19-9 and Dustin Johnson was crucial in the crushing triumph.

He went 5-0-0 at Whistling Straits - becoming the first American since Larry Nelson in 1979 to win five points out of five.

DeChambeau was making his second appearance at the Ryder Cup and put aside his feud with Brooks Koepka for the benefit of the team for the week.

He provided one of the week's most memorable moments when he smashed a 417-yard drive at the par-five fifth hole.

Reed missed out on Steve Stricker's team last year, narrowly failing to get a captain's picks after battling pneumonia.

He hasn't earned the nickname 'Captain America' for nothing, boasting an impressive 7-3-2 record in his past three Ryder Cup appearances.

Naturally, the USA will still be fielding a very strong team.

It is also safe to assume they will be joined by Will Zalatoris and Sam Burns.

So both teams will look very different but you can be certain that passions will still run high, there will be some incredible drama and a wonderful atmosphere.