BILLY HORSCHEL, fresh from his victory in The Memorial at Muirfield Village, is the star attraction as he makes his debut at the BMW International Open at Golfclub München Eichenried.

Those who were members of the PGA Tour have been suspended. As things stand, the DP World Tour has taken no action against them and they are free to compete in Germany.

But that could all change, with DP World Tour commissioner Keith Pelley having written to all his members to say that a decision will be announced on June 23. But he made it clear that there would be no changes to the field in Germany.

Pelley revealed that several players who had applied for releases to play at Centurion had subsequently changed their minds.

There is widespread speculation that Pelley is about to announce an alignment between LIV Golf and the DP World Tour but if that happens he is likely to face action from the PGA Tour, who have jointly-sanctioned this year’s Irish and Scottish Opens, guaranteeing huge prize funds and star-studded fields.

What is far more likely to happen is an announcement confirming a closer relationship between the PGA and DP World Tours.

Horschel, who claimed the FedExCup in 2014, won the BMW PGA Championship, one of the DP World Tour’s Rolex Series events, last year. He is also a former winner of the BMW Championship and victory in Munich would see the 35-year-old complete his collection of BMW titles, and make history in the process.

“I can hardly wait to tee off at the BMW International Open for the first time as I have only heard good things about this tournament. The BMW Championship on the PGA Tour and the BMW PGA Championship in the UK are excellent tournaments which I have been fortunate enough to win already. I am sure that BMW will also put on a fantastic event in Munich, and am really looking forward to it,” said Horschel. 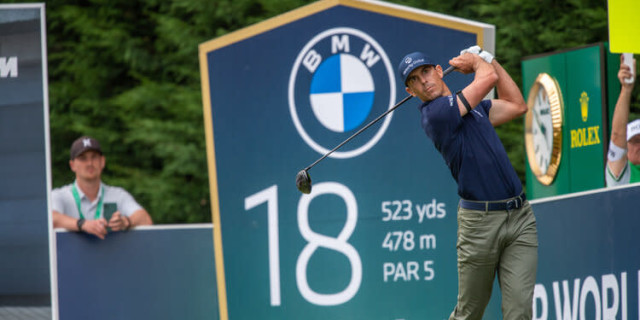 Rory McIlroy is the only other player to have won both the BMW Championship (2012) and the BMW PGA Championship (2014), and thereby two of the three current BMW tournaments in men’s golf. Victory in Munich would see Horschel achieve the ‘triple’.

Viktor Hovland, who won his maiden DP World Tour title at the 2021 BMW International Open, will not be defending his title.

“While I enjoyed playing the 2021 BMW International Open and am very proud to be the champion in such a quality field, I will not be defending my title,” Hovland said.

“I have some goals I am pursuing this year, and I have planned my calendar to give me the right amount of rest and competition in order to perform at my best. Unfortunately, that schedule does not include defending in Munich. I will definitely return to Munich and the BMW International Open in the future.”

Frenchman Victor Perez will be looking to continue his recent fine form. He won the Dutch Open last month and the following week was tied third at the Porsche European Open - a tournament he looked like winning before a disappointing final round of 74.

Perez is a two-time winner on the DP World Tour. He is a wonderful ball striker but is also one of the best putters in Europe and if he can get it going on the greens in Munich he will be very hard to beat.

Matti Schmid will want to perform well on home soil. The 24-year-old won the Silver Medal for finishing as the leading amateur at The 149th Open Championship at Royal St George’s last year.

He turned professional the following week and went on to win the Sir Henry Cotton Rookie of the Year Award for 2021, earning his status for the 2022 season after just seven starts on Tour, aided by a runner-up result at the Dutch Open. Schmid is the second German recipient of the award, following in Martin Kaymer's footsteps.

Scotland’s Robert MacIntyre is trying to balance life between the PGA Tour and DP World Tour and would be the first to admit that it has not been easy. His best finish on the PGA Tour this year was a tied for 15th place at the Genesis Invitational and he has also yet to find his best form in Europe.

MacIntyre works tirelessly on his game and has set himself some pretty ambitious targets. He is a hugely determined young man and it is a fairly safe bet that he will turn things around. This would be a good week for that to happen.

Golfclub München Eichenried is a par 72 that measures 7,284 yards. It was designed by Kurt Robknecht and opened in 1989. It is a parkland course that features many streams and ponds, two half-island greens and 90 bunkers.

Billy Horschel is easily the highest-ranked player in the field and he knows what it takes to win on European soil, having claimed the BMW PGA Championship last season. And he is enjoying another outstanding year on the PGA Tour, winning the Memorial and finishing second at the Arnold Palmer Invitational. The tougher the course, the better he seems to play. Victor Perez is enjoying a purple patch, winning the Dutch Open and finishing third at the Porsche European Open. He has a wonderful short game and is full of confidence. Thomas Pieters won the Abu Dhabi Championship in January and enjoyed top-10 finishes at both the Soudal Open and Dutch Open.

Thomas Pieters. World-class on his day

Victor Perez, A man on a mission

Thorbjorn Olesen. Should change his name to Reborn Olesen

Sergio Garcia. Hoping that a return to Europe will get him back on track

James Morrison. A man who can go really low

Edoardo Molinari. The Italian is enjoying some improved form