BILLY HORSCHEL shot a final round of 72 that featured a 55-foot eagle putt on the 15th green to win The Memorial Tournament at Muirfield Village by four shots. He began the day with a five-shot lead and was never really troubled, finishing the week on 275, 13 under par.

Horschel is a golf fan. “I love watching golf,” he said. “As I've said for many years, I probably watched more golf than any PGA Tour player. Maybe it's a good thing. Maybe it's a bad thing.”

Hideki Matsuyama being disqualified for carrying an illegal club - he really should know better. Hot-headed Jon Rahm almost knocking out part of the TV team when he threw a club after hitting a shank. He really needs to grow up. Rory McIlroy started brightly enough but rounds of 73 and 74 over the weekend saw him finish the week in a tie for 18th place.

Who Is Billy Horschel? 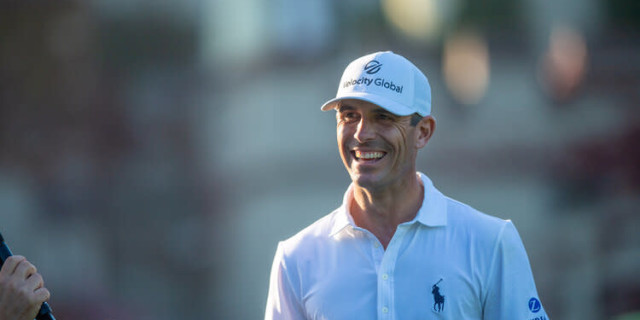 His victory at the Memorial was his seventh on the PGA Tour. His biggest win came at the 2014 Tour Championship, which he won, securing the FedEx Cup after also winning the BMW Championship the previous week.

However, Tom Watson had already selected his Ryder Cup team for the match at Gleneagles, and Horschel missed out.

He is 35 years old and is a West Ham fan and sports the club’s logo on his bag.

Prior to his victory at Muirfield Village, he was ranked 17th in the world and 30th in the FedEx Cup standings. He is now 10th in the standings.

He has had a decent season, finishing second at the QBE Shootout, the Arnold Palmer Invitational and the Zurich Classic of New Orleans.

He is 134th in the driving distance stats, hitting the ball 295 yards on average, but he is 15th in the accuracy standings, finding 67.74% of fairways. He averages four birdies per round and hits 68% of greens in regulation.