How Do Golfers Qualify For The US Open

THERE will be a field of 156 golfers teeing it up at Brookline on Thursday. But when entries closed in April the USGA had accepted a total of 9,265 entries, including 12 champions.

The number of hopefuls exceeded 9,000 for the 10th consecutive time and the 13th time overall. The number of entries is the sixth-highest total in championship history. The USGA accepted entries for the 2022 U.S. Open from golfers in 50 states, including 282 from host state Massachusetts, as well as the District of Columbia and 79 foreign countries.

“The USGA appreciates the continued worldwide interest in competing in the U.S. Open and we are pleased to offer thousands of golfers an opportunity to follow their dream of playing in a major championship,” said John Bodenhamer, chief championships officer for the USGA. “The U.S. Open is unique in major championship golf in that the qualifying process provides golfers of all ages, races and abilities a chance to play their way into the field. We look forward to welcoming 156 players to the championship and showcasing The Country Club in June.”

There had been some speculation that eligible golfers who competed in the inaugural LIV Series event in England last week might not be allowed to play but the USGA issued a statement in which it made it clear that there would be no changes, so former champion Dustin Johnson will be in the field.

The USGA said its qualification criteria was set prior to entries opening earlier this year and that it would not be appropriate or fair for those who have earned a spot to change those rules.

It said: "Regarding players who play in the LIV event, we simply asked ourselves this question - should a player who had earned his way into the 2022 US Open, via our published field criteria, be pulled out of the field as a result of his decision to play in another event? And we ultimately decided that they should not." 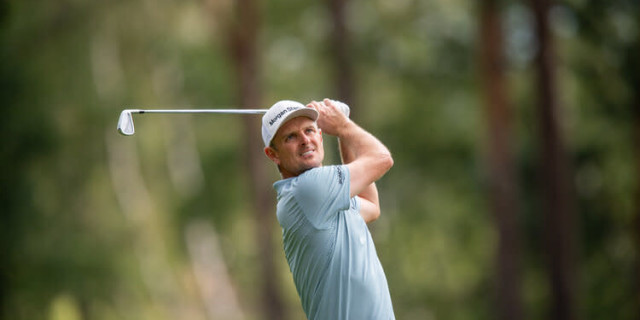 Jon Rahm, who became the first player from Spain to win a USGA championship when he captured the U.S. Open at Torrey Pines last year, leads the list of players who were fully exempt into the field and will attempt to become the eighth man to win consecutive U.S. Opens.

Local qualifying, conducted over 18 holes at 109 sites in 44 U.S. states and Canada, took place between April 25-May 23. Those players who advanced from local qualifying then joined a group of locally exempt players in final qualifying, played over 36 holes at nine U.S. and two international sites. Two qualifiers were played on May 23, one in Texas and one in Japan, while nine were completed on Monday, June 6: two in Ohio and one each in California, Florida, Georgia, Maryland, New York, Oregon and Canada.

To be eligible to enter, a player must have a Handicap Index not exceeding 1.4, or be a professional. Grant Goltz, a 46-year-old amateur from DeKalb, Ill, submitted his entry one minute before the deadline of 5 pm EDT on April 13. Dan Ireland, a 58-year-old amateur from Wynantskill, N.Y., was the first entrant on Feb. 23.

The U.S. Open has previously been contested at The Country Club in 1913, 1963 and 1988, and each championship was decided in a playoff. In 1988, Curtis Strange won the first of his back-to-back U.S. Open titles when he defeated Nick Faldo by four strokes in an 18-hole playoff. Francis Ouimet (1913) and Julius Boros (1963) also prevailed in 18-hole playoffs. One of the five founding member clubs of the USGA, The Country Club will host its 17th USGA championship and first since the 2013 U.S. Amateur. The total of 17 USGA championships is tied for second-most all time.