The First LIV Golf Field Has Finally Been Revealed

AND so, finally, we know who is going to be playing in the LIV Golf Invitational at Centurion Golf Club next week, and there are few surprises.

Dustin Johnson and Sergio Garcia are among the field confirmed for the first $25m Saudi-funded event, and will be joined by Lee Westwood, Ian Poulter, Richard Bland and Graeme McDowell. Six more players still have to be announced but Phil Mickelson is unlikely to be among them as he continues his break from the game.

The PGA Tour and DP World Tour had both rejected all requests for waivers to allow players to compete in the tournament, which clashes with the Canadian Open. The PGA Tour said its ruling was "in the best interest of the Tour and its players”, while the DP World Tour has declined to comment.

"Free agency has finally come to golf," Norman said. "This is an opportunity to start a movement that will change the course of history by bringing new and open competition to the sport we all love.

"The desire shown by the players to participate in LIV Golf demonstrates their emphatic belief in our model and confidence in what we're building for the future." 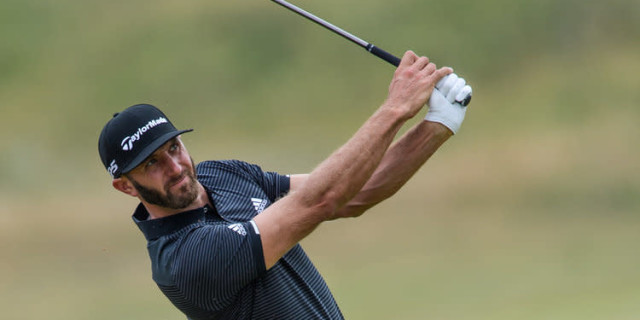 The biggest surprise is the presence in the field of Johnson, who in February said he was fully committed to the PGA Tour, and is the highest-ranked player in the world to sign up for the event.

Organisers of the Canadian Open said they were "disappointed to learn that Dustin Johnson has made the decision to play the LIV Golf event".

Johnson is a past winner of the event and an ambassador for title sponsors RBC and had filed an entry.

Others who have committed to Centurion include Martin Kaymer, and South Africans Louis Oosthuizen and Charl Schwartzel.

Norman called the PGA Tour's decision to not allow its members to play in his event "anti-golfer, anti-fan and anti-competitive" and said he has told the players "we've got your back" and that his organisation "will defend, reimburse and represent" them should proceedings end up in the hands of lawyers.

There are ambitious plans to extend the LIV Series but this year it will consists of seven event boasting total prize money of £200m. Four will be staged in the United States, one in Thailand and one in Saudi Arabia. So far the PGA Tour and DP World Tour have failed to indicate how they will penalise the players who are taking part.

The events will feature a team and individual competition, with 12 captains selecting three players in a draft-style format. Each day, the teams of four will tee off at the same time on different holes in what is termed a 'shotgun start'.

Each individual winner will take home $4m - to put this in perspective, Cameron Smith picked up $3.6m for winning the Players Championship, which is the PGA Tour’s flagship event.

The eighth and final tournament will be a four-day team championship at Trump National Doral Miami from October 27-30. It will be a matchplay event with a $50m prize fund.

Norman remains defiant and insists that the series will be a success, despite the absence of the world’s best golfers. "We don't need them,” he said.