How NOT to Behave on The Golf Course

Whilst there’s nothing wrong with letting off a little steam on the golf course, you don’t want to become the sort of golfer that people are looking to avoid on the tee-sheet. Worse-still, if you’re somebody that plays primarily with pals, you can’t afford to let your on-course antics come between your friendships. Before you isolate yourself entirely, take a peek at our checklist of personalities to avoid becoming the next time you hit the fairways.

One of the most common on-course sins, and something which doesn’t have to be relationship-ending. However, there’s very few things more frustrating than a playing partner who is taking everything far too seriously - whether that’s by reading each putt from 10 different angles, or insisting on holing out for quadruple bogey ‘for practice’ several minutes after the rest of the group have cleared the green. There’s nothing wrong with wanting to improve your own game, in fact, we actively encourage it. But just don’t let your own quest for greatness impact the enjoyment of your regular playing partners.

Often going hand-in-hand with somebody taking the game too seriously, it can be particularly off-putting to listen to 4-hours of effing and jeffing. Worse still, when said with some menace which can make the whole experience feel a little intimidating. There’s nothing wrong with blowing off a little steam at times, but let’s try and remember that there are others who might not appreciate your ‘colourful’ vocabulary … and that words can have more than four letters! 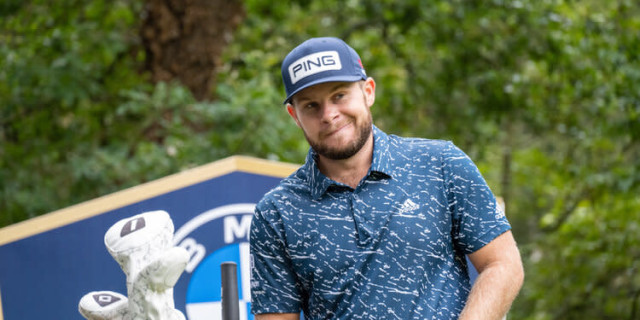 Speaking of releasing a little energy, a good old fashioned club-chuck can provide one of the most cathartic feelings in the sport. However, doing this as a fully-grown adult in your weekend medal is a tad juvenile, particularly if you’re starting to put your playing partners in danger! If you feel the urge to launch something high and far, might we suggest it’s your next tee-shot, rather than one of the 14 (remaining) clubs that your brought to the course.

Moving onto something slightly less dangerous, but no less offensive in some circles. Slow play has been a topic in the game for more than 100 years. There’s never going to be a solution to suit everybody, but we’d suggest that situational awareness plays a huge part in being an enjoyable playing partner. If you’re on the last green in the club championships with a chance to lift the trophy, feel free to give that putt and extra moment. However, there really is no place in the game for 60-second pre-shot routines over each shot, particularly if you’ve spent the same amount of time theatrically throwing blades of grass in the air like a golfing Salt Bae. We can almost guarantee that you’ll play better golf, and have more fun, if you play without quite so many thoughts in your head – plus, your playing partners (and all those groups behind you) will appreciate it too.

Anything You Can Do …

You’ve been to Tenerife? Great, he’s been to Elevenerife! Part of golf is sharing your own stories, showing off a little and reminiscing. There’s always that one person though who likes to one-up every story. You made a birdie? He once made an eagle! Suspicious though, it never seems to be in recent memory, or with any verifiable witnesses. There’s nothing wrong whatsoever with going back and forth with stories from yesteryear, and it can create a great atmosphere if you’ve got shared connections to discuss too. But if you can feel somebody bursting with pride whilst recounting the best shot of their life, maybe just let them have that for a few minutes … rather than explaining why yours was slightly better.

We’ve definitely moved out of the offensive into simply annoying now, and it’s often said with no mal-intent whatsoever, but something which can really niggle is being congratulated for holing a putt, only to see it slide by the edge. Worse, if it’s happening on every green. Similarly, being commended on a ‘great strike’ before watching the ball sail into the trees can be equally heart-wrenching. Nobody will be offended if you say ‘good putt’ once the thing has actually gone in … or ‘nice shot’ once it’s finally settled next to the flag. So, let’s maybe give it a minute?

Picture the scene; it’s a busy first tee, groups are milling around and you’re due off at 8:50. The time is 8:47 and the fourth member of your group is yet to be found. The Starter is asking you where they are. Groups behind are suggesting they go first. Meanwhile Last-Minute-Larry isn’t answering his phone. Lo and behold, as discussions are beginning to get heated, he screams through the car park, music blazing and saunters up to the first tee, shoelaces untied. It’s something that happens at every club in the land, week-in, week-out, and is infuriating to all involved … apart from Larry of course. Do everybody a favour, don’t be that guy!

The Lead Singer of Motörhead

The ‘Ace of Spades’ singer Lemmy reputedly got his nickname after repeatedly asking to borrow money for fruit machines. Whilst it might not be cash that this golfer wants, he might have used some of his own to buy a few of these simple (and often essential!) golfing items. “Have you got a tee peg mate?” “Can I borrow a coin to mark my ball?” “Do you have a sharpie so I can draw a line on my ball, oh actually, have you got one of those stencils too? Come to think of it, I actually haven’t got a ball either, could you lend me one of those?!”. How about, instead, I direct you to the Pro Shop pre-round, where all of these things are very readily available!

The Types of Golfer You DON'T Want to Play With

Golfers - What Gets Under Your Skin

The 3 Things That Most Annoy Golfers