CALL me a cynic if you like, but does anybody seriously believe that Greg Norman stated his intention to enter for the 150th Open Championship at St Andrews because he believes he can be competitive?

He is a former two-time champion but he is 67 years old. And exemptions to The Open are only given to former champions who are aged under 60, meaning Norman will now have to come through qualifying if he wants to make it to the Old Course.

He asked the R&A to give him a special exemption into the event, a prospect that was quickly shot down by a spokesperson at the weekend. Why on earth would they do that for somebody who has not competed professionally for 10 years?

Norman has, of course, been in the news as the man who is fronting the controversial Saudi Arabia-backed LIV Golf Invitational Series - and his decision to attempt to play in The Open is quite clearly connected with that.

The reality is that Norman has had his day and has done nothing to earn a special exemption.

He said: "I'm filling out my entry form now, I think I'm going. I think I can still get in."

Former world number one Norman, who had 88 career wins, added: "It's the 150th Open. I'm a past Open champion. I love St Andrews. If there's a moment in time that I would consider going back and teeing off one last time, maybe this is it." 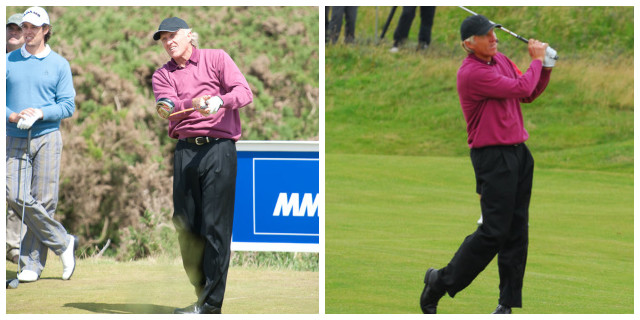 He won his first Open title at Turnberry and beat England's Nick Faldo by one shot at Royal St. George's in 1993. His best finish around the Old Course at St Andrews came in 1984 and 1990 when he finished joint sixth.

"I love St Andrews. I love the history, I love the fact that you can play it backwards," Norman said.

"There's not a golf shot out there that's boring to me. Everything's got character, every shot's got to be played, every club in your bag has got to be used.

"There's so much goodness about the golf course and it's stood the test of time."

Norman may well love St Andrews but there is not a chance that he will be teeing it up in any qualifying event. This is just a publicity stunt, pure and simple.