IT MAY be a limited-field invitation-only tournament but the Hero World Challenge will see most of the world’s best players in action at Albany in The Bahamas.

The tournament is hosted by Tiger Woods and although he will not be competing as he recovers from the injuries sustained in a car crash in February, he is expected to be at the tournament, and will be under huge pressure to give the world an update on his rehabilitation. He recently posted a video on Twitter showing him hit some gentle iron shots. Within an hour of it having been posted, it had been viewed by more than 1.5 million people, so it is pretty obvious that there is still a massive appetite to see the 15-time major champion back in action.

The pandemic meant that the Hero World Challenge wasn’t played last year. When it was last staged in 2019 it was won by Henrik Stenson.

The Swede clinched his victory with a five wood struck to within inches on the cup on the 15th for an eagle that carried him to a 6-under 66 and a one-shot victory. Woods was among five players who had a chance to win on the back nine.

Stenson won for the first time in 50 tournaments worldwide, a drought dating to the Wyndham Championship in August 2017. His world ranking plunged from No. 6 to No. 40. But after wrapping up the European Tour season in Dubai the previous week, he worked with swing coach Pete Cowen and took some momentum to the Bahamas.

Stenson said he wanted to get back into the top 10 in the world rankings. "It's down, but it's not a disaster," Stenson said of his ranking. "I can compete with the best, and I guess I showed that.” Sadly, it hasn’t quite worked out that way for the Swede, who is now ranked 171st in the world and would give a great deal for a win this week as he returns to defend his title. 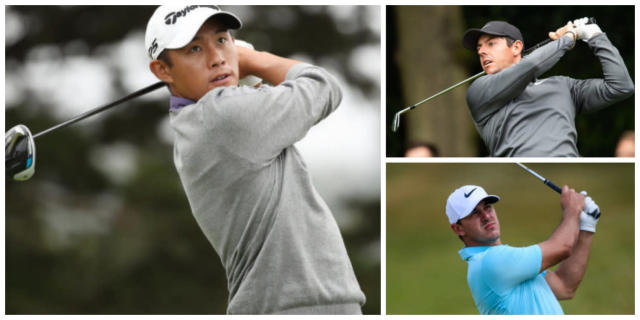 All eyes this week will be on newly-crowned Race to Dubai champion Collin Morikawa. If the American can win at Albany he will replace Jon Rahm at the top of the world rankings, capping a fabulous year during which he also won The Open. Morikawa has only been in the paid ranks for a little over two-and-a-half years and has already won two majors, as well as playing a starring role for the USA in the Ryder Cup at Whistling Straits and winning his first WGC event. He is, beyond doubt, the best iron player in the world and will start the week as a red-hot favourite.

Rahm will be an interested spectator at home, having decided to give the tournament a miss. Dustin Johnson has also opted to bring down the curtain on his year without heading to Albany.

Europe’s challenge will be led by the in-form Norwegian Viktor Hovland, already a three-time winner on the PGA Tour, and Tyrrell Hatton, looking to end a comparatively disappointing season on a high.

Olympic champion Xander Schauffele is also in the field, along with Abraham Ancer, who has finally won his first PGA Tour title, and Tony Finau, who ended a string of near-misses by securing a long-awaited second win in 2020.

Cantlay has just finished a dream season that saw him win four times. He finished top of the heap at the ZOZO Championship, The Memorial, the BMW Championship and the Tour Championship. He collected $7.6m in prize money and ended the year ranked fourth in the world.

McIlroy won the Wells Fargo Championship and then struggled for much of the year until winning the recent CJ Cup. And he should also have added the DP World Tour Championship in Dubai. He is finally playing with freedom again and is starting to look like the man who won four majors

Albany was designed by Ernie Els and combines the best of links and desert features with windswept dunes and many water features. It is a par 72 and measures 7,400 yards. Apart from a world-class course, it also a 400-yard driving range, short game area with chipping and putting greens, and a cutting-edge swing performance centre along with a luxurious clubhouse that includes a cinema!

Collin Morikawa. At the peak of his powers

Rory McIlroy. Almost back to his very best

Collin Morikawa. Difficult to bet against him

Rory McIlroy. Needs to put Dubai disappointment behind him as quickly as possible

Justin Rose. There have been some signs of recovery