Paul Casey will this week attempt to win the Valspar Championship at Copperhead for a third successive time. The tournament was cancelled in 2020 because of the pandemic but Casey dominated proceedings in 2018 and 2019. And he is still riding high after his victory in the Dubai Desert Classic in January.

Unlike his victory in 2018, when he shot 65 the final day to post the early clubhouse lead and held on, two years ago Casey closed as the leader, holding his third round lead with a one-over par 72 to finish one shot ahead of Louis Oosthuizen and Jason Kokrak who both bogeyed the final hole. Needing a par to win, Casey found the bunker off the tee at the final hole, but put his approach 22 feet from the hole and two-putted for the win. 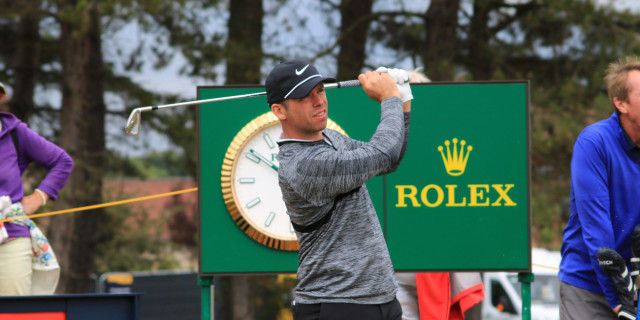 With the victory, Casey joined K.J. Choi (2002 & 2006) and Retief Goosen (2003 & 2009) as two-time winners of the event, but he became the first man to post his wins consecutively. In 2018, Casey ended a nine-year drought with his second PGA Tour victory. He will now attempt to become the first player since Steve Stricker at the John Deere Classic in 2009-2011 to win an event three years in a row.

Justin Thomas and Patrick Reed are also hoping for big week's, along with Dustin Johnson and England’s Tyrell Hatton.

Thomas, who won his 14th PGA Tour title at The Players Championship, is ranked second in the world and is breathing down Dustin Johnson’s neck. Thomas won the PGA Championship in 2017 and last played in the Valspar  in 2017, but he was 10th in 2015 and 18th in 2016.

Reed returns with a strong record on the Copperhead, including runner- up finishes in 2015 and 2018. He has nine PGA Tour wins to his name, most recently the Farmers Insurance Open in January.

Jason Kokrak, who finished in a tie for second place in 2019, said: “It’s going to be a great field this year. Dustin Johnson has been playing some unbelievable golf. He is No1 in the world for a reason. I will be interested to see how he plays around this golf curse. It is a tough venue and a tree-lined course that can get right under your skin real quick."

A significant number of golf fans will be able to watch the action, although attendance will be limited by Covid-19 protocols. The PGA Tour has authorised limited attendance for the tournament similar to the galleries permitted at other events to be held in Florida in March – the Arnold Palmer Invitational, The Players and the Honda Classic. The tournament will be conducted with extensive health and safety protocols for everyone – players, caddies, volunteers and spectators - on the course.

“The focus this year will be concentrated on the golf competition, but we will have many of our favorite concession and hospitality locations” says Tournament Director Tracy West. “All fans will be required to wear masks at all times unless seated eating and drinking in designated areas; and take a temperature check upon entering the course. Attendees will have the opportunity to spread out across the hundreds of acres on the Copperhead.”

Si Woo Kim. Needs to learn to keep his cool

Justin Thomas. At the peak of his powers

Si Woo Kim. A wonderful player with a suspect temperament

Justin Thomas. Will fancy the job this week

Dustin Johnson. Looking to get back to his best

Jason Kokrak. Has some good memories of Innisbrook