Justin Thomas returns to Kapalua looking to successfully defend the Sentry Tournament of Champions title he won in dramatic fashion 12 months ago. Thomas will be going for a hat-trick of victories in a tournament he clearly loves.

Last year, Thomas, Patrick Reed and Xander Schauffele all finished on 14-under 278 to get into a playoff. Reed shot 66, the round of the day, leaving himself one behind Thomas going to the final hole.  Thomas dropped a shot at the last and Schauffele three-putted for par after getting home in two at the par five. 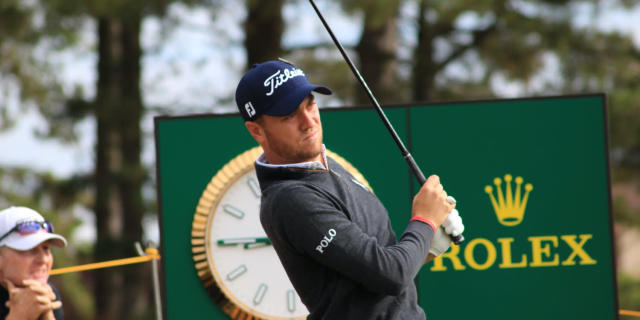 Schauffele was eliminated on the first playoff hole. He reached the green in two shots, with an approach of 333 yards but then took three putts.

After finding the grandstands to the right of the green with his approach, Thomas nearly pitched in for an eagle. Instead, he made a short putt for birdie to match Reed, who got home in two  and comfortably two-putted.

Both players made pars on the second playoff hole. On the final playoff hole, both players were unable to get home in two, with Thomas hitting a poor second. But he hit his third to four feet and made the birdie putt for the win.

Thomas won the $1,340,000 winner's share of the $6,700,000 purse. The playoff saw three previous winners battling for the title, which is the first time in the history of the event that has happened.

Patrick Cantlay finished alone in fourth place, shooting a final round of 5-under 68 to score the second-best round of the day.

In Sentry Tournament of Champions history, Jack Nicklaus has the most wins with four. Now, Thomas joins the group of multiple-time winners at this event. This year’s event will also feature Bryson DeChambeau, Collin Morikawa and Jon Rahm in what is a limited field event. A total of 28 players qualify as a result of winning PGA Tour events during the 2020 season, while an additional 17 who made it to the Tour Championship without a victory have also been invited.

During the 2020 calendar year, DeChambeau collected two wins on the PGA Tour. The 27-year-old originally qualified for his third appearance at the Sentry Tournament of Champions by virtue of his victory at the Rocket Mortgage Classic in June. DeChambeau’s second win of the year, and first career major victory, came at the U.S. Open at Winged Foot in September. In two previous trips to Maui, the seven-time Tour winner finished 26th in 2018 and seventh in 2019. But he is a different player now, and this is a course that should be made for him.

California native Morikawa also enjoyed two victories. His first came in a playoff win against Thomas to capture the Workday Charity Open, which qualified him for a return trip to Maui. In August, the 23-year-old claimed his first major championship title in his US PGA Championship debut, marking his third career Tour win in only his 29th start. In his only start at the Sentry Tournament of Champions, Morikawa finished tied for seventh in 2020.

Over the course of 2020, Rahm captured two titles. The Spaniard’s win at the Memorial Tournament presented by Nationwide in July originally qualified him for his fourth appearance at The Plantation Course at Kapalua. The 26-year-old went on to collect his fifth career TOUR title, and second of the year, in a thrilling playoff victory over Dustin Johnson at the BMW Championship. The win marked his first FedExCup Playoffs victory. In three previous appearances at The Plantation Course at Kapalua, Rahm has three top-10s to his name, including a runner-up finish in 2018.

Former winner Dustin Johnson will be looking to start his new season as he finished the last, when he won The Masters in such superb fashion, as well as securing the FedEx Cup and reclaiming his position at the top of the world rankings. Johnson is renowned as being a big hitter but it was his short game helped him reach those giddy heights last year. It would be a foolish person who would bet against him carrying on where he left off. 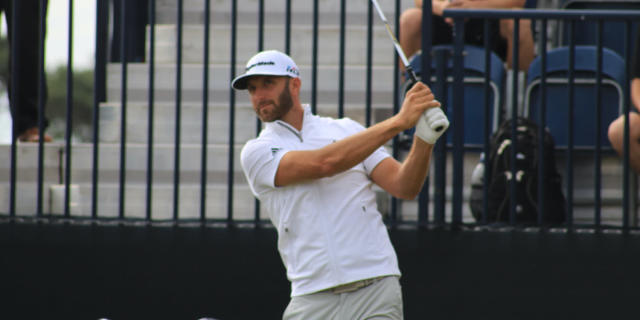 And keep an eye on Reed. Captain America is still smarting after his failure to win the Race to Dubai. He was in pole position for most of the season and, indeed, for much of the final round of the DP World Tour Championship in Dubai before a number of uncharacteristic errors allowed Lee Westwood to pip him.

The tournament will allow a limited number of ticketed guests onsite. Organisers have worked with the PGA Tour, local and state governments and leading health authorities on a stringent health and safety plan to host the best players on the PGA Tour and a limited number of spectators. The 2021 venue for these guests, named the Aloha Club, located on the iconic 18th hole of The Plantation Course at Kapalua, will be open air and located at ground level, specifically laid out to focus on social distancing and providing a safe atmosphere onsite. Guests onsite will be limited to the area of the venue and will not be permitted to roam the course in compliance with PGA Tour health and safety guidelines. Guests will be asked to wear masks onsite, except for when eating or drinking.

“We’re excited about the progress made to safely host the 2021 Sentry Tournament of Champions,” said Alex Urban, Executive Director. “The well-being for everyone on site and our Maui community is our No. 1 priority, and the PGA TOUR has a proven track record in regards to health and safety, having successfully returned to competition in June. We’ll continue to work diligently with national, state and local governments and health officials alongside the TOUR to bring a successful tournament to the Maui community in January. We are so proud to be leading the way in returning world-class events to Hawaii.”

Dustin Johnson. Looking to carry on where he left off

Justin Thomas. Aiming for a hat-trick

Dustin Johnson. In a class of his own

Collin Morikawa. How can he possibly follow last year?

Daniel Berger. The feel-good story of 2020

Viktor Hovland. A superstar in the making