Dustin Johnson finished 2020 as the world’s undisputed number one. He won The Masters and the FedEx Cup in wonderful fashion, hitting the ball a mile and holing putts for fun. There were also memorable performances by Collin Morikawa at the US PGA Championship and Bryson DeChambeau at the US Open. But it wasn’t plain sailing for everybody. Golf can be a cruel game. One minute you are on top of the world, and then you get up the next morning and can’t hit a barn door. Here, we look at 10 players who are in desperate need of a big year in 2021.

Who would ever have thought that Spieth wouldn’t even enter the conversation when it comes to the 2021 Ryder Cup? This is a man who needs only one more major to complete the career grand slam. But he is also the golfer who hasn’t won a golf tournament of any kind since his triumph at The Open at Royal Birkdale in 2017.

After climbing to the top of the world rankings, Rose decided to change equipment. It is a decision he came to regret in a hurry. His form has deserted him and he has tumbled down the world rankings. He has now parted company with Sean Foley and is trying to get by without a coach, but has done nothing to suggest that this was a good move.

It’s Ryder Cup year and, for many, the prospect of a European team without the Postman is unthinkable. Hmmm… Poulter may have to face up to the fact that he has played in his last Ryder Cup. There were some flashes of form in 2020 but surely not enough to convince Padraig Harrington to hand him a wild card. He needs to find some form - and soon.

The Englishman is a Twitter sensation - and sometimes he even remembers that he is a decent golfer. But there hasn’t been much for him to cheer of late. Having got himself into the top 50 in the world rankings, he has struggled for form since the lockdown ended. He is desperate to make the Ryder Cup team but will need to get his game together if he is to achieve that.

Oh Rickie, what have you done? Fowler was coached by Butch Harmon and came close to winning several majors. He was also a fixture in the US Ryder Cup team. But then, for reasons best known to himself, he changed coaches - and his game promptly fell off a cliff. It is to be hoped that he can somehow find a way back.

Woods has achieved nothing since winning The Masters in 2019. He even ran up a TEN at the 12th hole in the final round of his title defence at Augusta. He played little or no tournament golf in 2020 - and when he did turn up he was a shadow of the man who has won 15 majors. He will be praying that his body stands up in 2021.

Those of us who watched the Swede win The Open at Troon in 2016 in such sensational fashion will never forget it. He has also been a Ryder Cup stalwart in recent years, but he had a year to forget in 2020. He has spent more than 300 weeks in the top 10 of the world rankings but his last victory came at the Wyndham Championship in 2017. 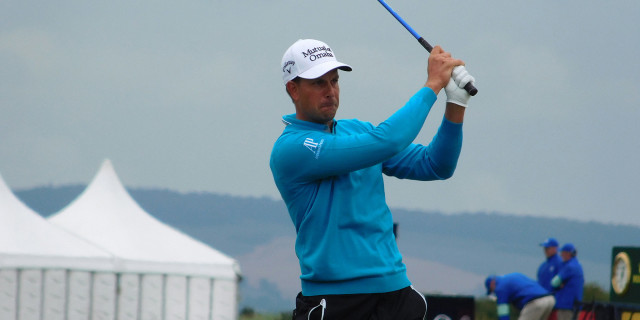 The Italian won The Open at Carnoustie in 2018 as well as the BMW PGA Championship. He also won on the PGA Tour and coasted into the top 10 in the world rankings. But it all went pear-shaped for him in 2020 after he suffered an injury. His downfall can probably be traced back to the 12th hole in the final round at The Masters in 2019 when he found the water twice. The past year has been an annus horribilis for him.

The Chinese golfer is one of the most naturally gifted players to emerge from that part of the world. He is a proven winner and capable of producing some sensational golf. So what on earth happened to him in 2020? For the first time, we saw flashes of temper and impatience as his form deserted him and he began to tumble down the rankings.

Olesen was on the crest of a wave until a flight back from the United States. His behaviour on that plane saw him suspended by the European Tour. The lockdown saw his trial delayed until next year, and the Tour told him he could come back out to play. There have been flashes of his best but he has generally played like a man with something on his mind.

On top of the world before the lockdown - literally and metaphorically - McIlroy’s form deserted him when golf returned. He admitted that he struggled for motivation without fans in attendance and there were times when it seemed that the golf course was the last place he wanted to be. Played three glorious rounds at The Masters - sadly, he had played himself out of contention with a dreadful opening round. Will be looking for something rather different in 2021.