ANOTHER big year awaits us, with four majors, the Ryder Cup and, hopefully, the return of spectators around the world.So who are the players we should be looking out for?

It goes without saying that the likes of Dustin Johnson, Jon Rahm, Rory McIlroy, Justin Thomas, Collin Morikawa and Bryson DeChambeau will be fighting it out at the top of the world rankings. Here we pick out 12 golfers who could be grabbing the headlines - a mix of established winners and golfers still looking for their first victory.

What a season he had in 2020, winning twice while still just 19 years of age. Hojgaard has the lot - he hits the ball a long, long way, is a brilliant iron player and has a fabulous short game. He also possesses a wonderful temperament. He is a shoo-in for Europe’s Ryder Cup team, and will be an asset. We should enjoy him while we can as he is surely destined for the PGA Tour.

The so-called experts question his ability on the greens but if you saw Hovland’s performance as he won the Mayakoba Classic you well question that. An established winner on the PGA Tour, he is destined for big things. And, like Hojgaard, he will definitely be representing a new-look European team at the Ryder Cup.

The best golfer Mexico has ever produced. He churns out top-10 finishes for fun and takes everything in his stride. He is one of the shorter hitters on the PGA Tour but hardly ever misses a fairway. It is hard to believe that he is still looking for his maiden victory but not surely cannot be long in coming.

The lanky South African makes Bryson DeChambeau look like a short hitter. There isn’t an ounce of spare flesh on him, but he is a tall young man and propels the ball prodigious distances. Of course he misses a few fairways and greens but, like so many South Africans, he has a wondrous short game. Still learning his craft but has all the tools to become the best South African since Ernie Els.

Meronk  aims to become the first Polish golfer to win on the European Tour. He won the Open de Portugal on the Challenge Tour in 2019 and showed some flashes of form during 2020. He is difficult to miss, standing 6ft 6in. Unsurprisingly, Meronk is another who hits the ball a country mile.

The first Czech to win the Road to Mallorca, ending the Challenge Tour season with two victories. Aged 29, he is a late developer who resembles Clark Kent. It will be fascinating to watch his progress on the European Tour. But don’t be fooled by that mild-mannered appearance - this guy can play.

In an era when so many players are obsessed with fitness and diet, you have got to love Higgs. Suffice to say that he could do with losing a few pounds, but it doesn’t affect his game. In only his second full season on the PGA Tour, he has already won more than $2.5m in prize money with a string of good results. You sense that one victory could open the floodgates for the 29-year-old.

America is always looking for the next big thing - and it just might be the bespectacled Ogeltree, who won the US Amateur Championship. He performed admirably at The Masters and then made the cut in his first tournament as a professional. The strongest club in his bag is his temperament.

Won his first PGA Tour title at the Barracuda Championship and qualified for the FedExCup Playoffs, advancing to the BMW Championship for the first time and ending his season at No. 39 in the FedExCup standings. Marked his third appearance in the FedExCup Playoffs in his first four seasons on TOUR. He enjoyed three top fives in 2020. The fact that he is one of the best iron players on Tour is demonstrated by the fact that he led the par-three scoring average on 2.93.

Horsfield was once described as the most promising prospect in world golf by none other than Ian Poulter. And he finally began to live up to his billing with a couple of victories when the lockdown finally came to an end. He needs to iron out the inconsistency that saw him miss too many cuts, and also needs to get his temper under control. When he does both those things there is no end to what he might be able to achieve. 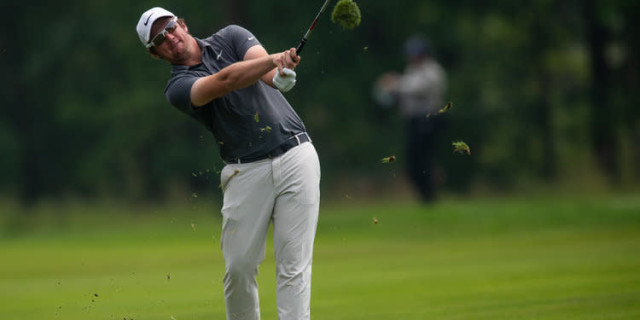 The 23-year-old is still on the Korn Ferry Tour, but won’t be for much longer. He churns out top-10 finishes for fun and is destined to become a superstar. You heard it here first.

Scheffler had a sensational rookie season. He recorded a round of 59 and came within a whisker of winning the US PGA Championship. The 24-year-old has taken to life on the PGA Tour like a duck to water, contending regularly. He is still looking for his first victory but there will be a bucketload of titles on his CV before long.