The U.S. Open is a staple of June, but due to the coronavirus pandemic, America's national championship was forced to switch from its original date to September at New York State's fearsome Winged Foot Golf Club.

Notably, this event is arguably the most democratic in the game, roughly half the field normally make it through qualifying to compete, but the impact of the present crisis saw that process shut down for this year. Back in May, the USGA confirmed that the championship would consistent of an entirely exempt field, and that further details on how that would be compiled were soon forthcoming.

Confirming the makeup of the 120th U.S. Open, the governing body has revealed the new exemption categories, something designed to form a field of 144 golfers.

Much controversy has ensued recently following the resumption of the Official World Golf Rankings - despite the European Tour not being in action - but the USGA has wisely used the rankings when the game shut down in March to determine qualifiers.

Including the top 70 on March 15 in the field, instead of the usual top 60, ensures places for Eddie Pepperell and Robert MacIntyre, who have since dropped outside the leading 70. Six-time runner-up Phil Mickelson, who was famously second at Winged Foot in 2006, also makes it through to compete in his 29th U.S. Open. 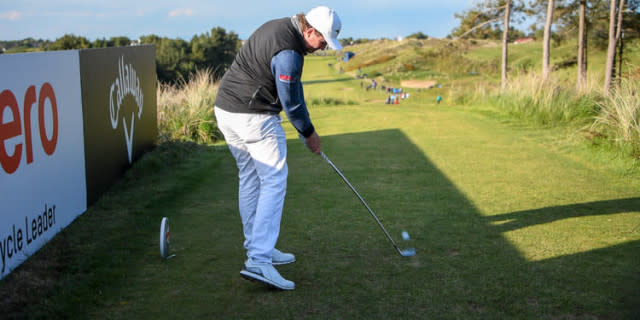 Additionally, in another boost for European based players who are keen to book their ticket across the Atlantic, the top 10 aggregate points earners, not otherwise exempt, from the first five events of European Tour's upcoming UK Swing, will qualify.

“The decision to cancel local and final qualifying for this year’s U.S. Open was deeply disappointing, but we are pleased to still provide the world’s best professional and amateur players the opportunity to compete for this historic and coveted championship,” said John Bodenhamer, senior managing director, USGA Championships. “The exemption categories for this year’s championship at Winged Foot Golf Club were carefully developed to mirror a representative U.S. Open field, and we are excited that players will still have an opportunity to earn a place in the field through a variety of categories.”

Speaking to Golf Channel, Bodenhamer shared his optimism about the championship proceeding, and how it could look.

“We’ve developed scenarios to be flexible and nimble so that whatever comes at us we’ll be able to react quickly. I think what you will see at Winged Foot, regardless, is a scaled-back U.S. Open. We’re hopeful that we can have some fans, but you won’t see all the infrastructure that you normally see at a U.S. Open.

“The way I like to think about it is it will be more like an old-fashioned U.S. Open, where if we are fortunate enough to have fans, you’ll see them along the rope lines, almost like a 1960s or 1970s U.S. Open.

“The way we’re thinking about it is we’re cautiously optimistic. All the metrics are trending positive still, even though there has been an uptick in other parts of the country, and time is still on our side. We hope the trend stays the same. We’re planning for some fans, but we’ll do what the state says and back up if we have to.”

Non-exempt golfers will still have the opportunity to qualify through these pathways.

How Much Do You Know About The U.S. Open?