I DID it. I went out and hit golf balls - 200 of them, to be precise. And before any of you start thinking that I have completely lost my game I should stress that the balls were hit at my local driving range in Ipswich. The day I take 200 shots to play 18 holes will be the day when I finally admit that it is time to hang up my clubs. 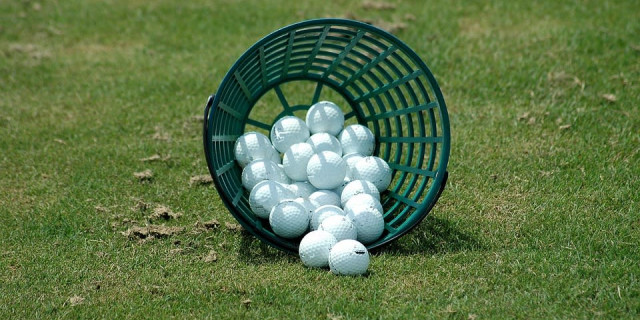 Thankfully, social distancing at a driving range is relatively straightforward on account of the way that the bays are set up. And people have been pouring back in droves, desperate to get that feeling of club on ball again.

Why I Won't Be Joining the Rush to the First Tee

So how was it? I have to tell you that I cannot remember the last time I felt so nervous with a golf club in my hands. It had been about 11 weeks since I last hit a golf ball and I knew that it wasn’t going to be pretty. And I was right. Out came the wedge, which is my favourite club. I thinned them. I shanked them, I hit them all along the ground. I had no rhythm whatsoever. My timing had gone out the window.

And then…one came out the middle of the club and the ball went where I intended it to. And another. And another.

Then it was my seven iron. By now I felt more relaxed and, with the sun on my back, I was really starting to enjoy the experience. There was still the occasional mishit but most shots were coming out the middle. I worked my way through the bag. Five iron, rescue club, five wood.

I was itching to get my driver back in my hands. The first three were massive slices. I NEVER slice the ball.

I checked my alignment and my ball position and pulled the trigger again. YES! I can honestly say that when I watched the ball soar into the air with a gentle right to left draw that I experienced feelings of euphoria I don’t ever recall feeling before. I hadn’t realised just how much I had missed this game until that second. There is nothing that comes close to the feeling of a properly-hit golf shot, when the ball hits the sweet spot and you achieve the perfect ball flight.

I had originally only planned to hit 100 balls but by the time I had finished there was nobody waiting so I treated myself to another basket. I am not going to lie - it began to hurt by the time I had worked my way halfway through that second basket of balls but I kept going. My only thought was to keep my swing slow and easy and to savour every moment.

As I looked around me, others in the surrounding bays were experiencing mixed fortunes. But everybody was enjoying themselves. Business is booming, Golf is open for business again. And how good that feels.

During the lockdown the only club I have picked up has been my putter. And I have become pretty adept at holing eight-footers across my carpet into a coffee mug. So after hitting all these balls it was off to the putting green, where I quickly discovered that my living-room carpet is somewhat slower than grass. My first putt screamed five feet beyond the target - from a distance of 10 feet!

Many people hate putting. I love it. Some years ago I got myself custom-fitted with a Wilson Staff putter that I adore. It transformed my performance on the greens. And before long I had found the pace of the practice green. I have to say, however, that it felt very strange to be hitting balls to an upturned cup.

I spent more than two hours at the range and was reluctant to leave. The perfect way to have ended it all would have been with a nice cold pint of beer. That didn’t happen, of course, but I now feel that some normality has returned to my life. I’m back. Golf is back.