Throughout its history, The Players Championship has crowned a wide range of players, including some apparently unlikely ones. Credit to the design by the late Pete Dye, TPC Sawgrass is a layout that doesn't favour a particular type of golfer, something that has seen outsiders like Tim Clark, Fred Funk, Craig Perks and Si Woo Kim triumph at Ponte Vedra Beach.

Attention will be on the main grouping of Rory McIlroy, Jon Rahm and Brooks Koepka, but could we see an unfancied name surge through the field and shock the favourites? Here are some of the most likely outside winners. 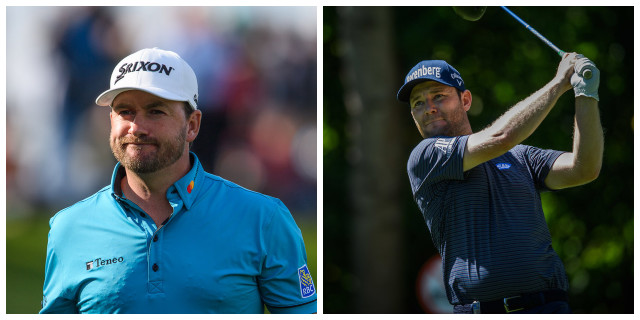 Runner-up five years ago, the American is the sort of tenacious competitor who is rewarded by the tricky nature of Sawgrass, albeit there haven't been many highlights for the 36-year-old since he won the WGC Match Play in 2019. Nonetheless, his steady play could thrive on this layout.

Continuing a career resurgence, the Northern Irishman is back at Sawgrass for the first time since 2017, having seen his world ranking improve by over 200 places in a year, catapulted by victories in the Dominican Republic and Saudi Arabia. The 40-year-old's best finish at The Players was a tie for ninth in 2019, but there's every chance he betters that on current form.

For a number of seasons, the combative South African was a contender in majors, most notably in the U.S. Open at Chambers Bay in 2015. Following a lull in results, the 31-year-old won the South African Open in January, underlining that this proven winner was back to his best. The Players could be that significant title his career has threatened to date.

The Englishman looked to be drifting away until his stunning runner-up at Sawgrass in 2017, beginning a journey that saw him return to the Ryder Cup team at Le Golf National a year later. The 44-year-old hasn't featured on many leaderboards of late, but with a history in The Players that includes a second place in 2009, this is a venue that he favours.

Known for his colourful Twitter feed, the 29-year-old American can play too, winning the Wells Fargo Championship last year, and most recently being the only player at the weekend to break 70 at a brutally challenging Bay Hill. Contending in The Players Championship would be the next step in a career that is constantly elevating.

It's hard to believe that we are nearing the fourth anniversary of the Sheffield star's monumental victory at Augusta National, and he's experienced deeper lows than most since then. However, the 32-year-old has shown his mettle, ending last year in the world's top 30, a position he has largely consolidated, posting his best result of the year at the Arnold Palmer Invitational with a tie for 18th. He is moving in the right direction at just the ideal time.

For more, see Derek Clements' Preview & Picks and our 6 Players to Watch at The Players.