6 Players to Watch at The Players

Kicking of a monthly sequence of prestigious tournaments on the PGA Tour, The Players Championship retains a unique place in the minds of golfers, renowned for its strong field and iconic venue at TPC Sawgrass, a striking course that has crowned a wide variety of players through the years.

Rory McIlroy is defending the title this year, but remarkably, no one has successfully retained the trophy. From Tiger Woods to Phil Mickelson and Jack Nicklaus, there have been many notable winners through the decades, but will we see a marquee name triumph this time?

We take a closer look at several of the key favourites, who are likely contenders in Florida. 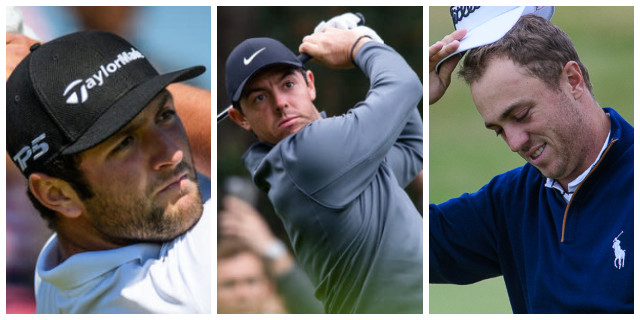 Winning 12 months ago, the Northern Irishman went on to win the FedEx Cup and has regained the world number one ranking, continuing his stunning run of consistent form by recording seven successive top five finishes. History is against the 30-year-old defending his title, but no one is playing better golf than the four-time major champion, and success here would be a statement of intent ahead of the Masters.

World number two, Jon Rahm has plotted a steady schedule in 2020, already finishing in the top three in both the Farmers Insurance Open and WGC Mexico Championship. Having brilliantly won the Race to Dubai and DP World Tour Championship late last year, the Spaniard is seeking that top spot in the rankings, for which a victory in the PGA Tour's flagship event would go a long way to achieving.

Somewhat overshadowed by the current big three of McIlroy, Rahm and Koepka, Justin Thomas appears set for a big year, which began successfully at the Tournament of Champions in January. Should an American star make headlines in the championships that matter this season, it may very well be the 26-year-old from Kentucky.

Impressive at the Presidents Cup, the 21-year-old enjoyed a significant breakthrough at the Honda Classic a fortnight ago, securing his maiden title on the PGA Tour, following that moment with a third place finish at Bay Hill. Clearly relishing the difficulty of the Florida Swing, the South Korean is certainly capable of following in the footsteps of compatriots KJ Choi and Si Woo Kim by winning at Sawgrass.

Former U.S. Open champion, Webb Simpson has quietly made his way back into the world's top ten, a career resurgence that began at The Players Championship two years ago. Recent winner of the Waste Management Phoenix Open, the American embraces the stadium environment and is playing arguably the best golf in his career, a resilient competitor who can be hard to beat under pressure.

Runner-up at the Arnold Palmer Invitational, the likeable Australian has threatened in major events, including the Masters and Open Championship. Winner at Torrey Pines earlier in the year, the 36-year-old will be determined to improve on a mixed record at Sawgrass and join countrymen Jason Day, Adam Scott, Steve Elkington and Greg Norman by etching his name on the trophy at Ponte Vedra Beach.