The 2018 Ryder Cup at Le Golf National (Video Review) is merely several weeks away, and the teams are beginning to take shape. Following the conclusion of the PGA Championship - brilliantly won by Brooks Koepka - the qualifying process for Jim Furyk's American squad was completed, confirming the first eight players he shall lead in France next month.

There are 12 major championships accounted for in that group, in addition to 12 victories on the PGA Tour in 2018, and 16 previous Ryder Cup appearances. Only Justin Thomas - the former world number one and PGA champion - hasn't yet tasted the atmosphere of the biennial contest.

Bryson DeChambeau, Phil Mickelson, Tiger Woods and Xander Schauffele were the highest ranked four who missed out, with Furyk having four captain's picks at his disposal. Those names, in addition to the likes of Matt Kuchar, Kevin Kisner, Tony Finau and Zach Johnson would seem to be the most likely contenders for a wild card at this stage. 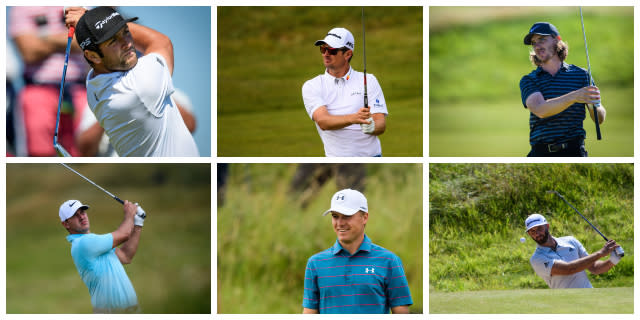 Three of those picks will be announced after the Dell Technologies Championship - the second FedEx Cup Playoff Event - on the 3rd of September, with a final pick being revealed a week later after the BMW Championship.

For Europe and Thomas Bjorn, the race to qualify continues. There are two points systems - the European ranking based on performances in European Tour sanctioned tournaments - and the world points list, taken from the Official World Golf Rankings. There is often a correlation between the two, so players will qualify from one, leaving a spot open for another.

As it stands, the automatic eight for Europe are:

The Made in Denmark (ending 2nd September) will be the final event for European points, while the world ranking cut-off is on that same weekend, based on the points attained by the 3rd of September.

Hatton, Fleetwood, Rahm and Noren would all be rookies in the Ryder Cup. The likes of stalwarts Henrik Stenson and Sergio Garcia remain stranded on the outside, as do two of 2016's most impressive performers Rafa Cabrera Bello and Thomas Pierers. Paul Casey - who is eligible again following a decade away - and American-based Russell Knox need to impress quickly, while Bjorn's fellow Dane Thorbjorn Olesen would seem the most likely to break into the qualifying spots during the next two weeks.

As always the balance has to be made from the captains based on experience, compatibiltiy and how a player fits with the golf course. Bjorn has a team with a relative lack of experience - but the veterans haven't shown great form of late. There are questions to be answered, and Jim Furyk - who now has his top eight - would seem that touch more assured in choosing who he wants to make that flight across the Atlantic with the Ryder Cup fast approaching.