ON A day of days on the PGA Tour Rory McIlroy producing a thrilling final round of 64 to take the Arnold Palmer Invitational at Bay Hill and end a drought that went back to the September 2016 - by a strange twist, that last win came on the day that the legendary Palmer died. He produced a grandstand finish with five birdies in the final six holes, draining a long, downhill left–to–right putt on the 18th green to seal the deal in sensational style and finally see off a spirited challenge from American youngster Bryson DeChambeau.

“It was awesome to feel that buzz again. I have missed it. To play that sort of golf under that pressure is something I am really proud of. I told myself to be patient, and that is exactly what I did,” he said. “I played a perfect round of golf. I kept telling everybody I was close to my best and nobody believed me. This is a game where you are never far away from playing well or indeed playing badly."

For a fleeting moment it appeared that Tiger Woods was going to upstage everybody and pull off the most unlikely of victories until a wayward drive at the 16th saw his chance disappear. But let there be no doubt about it – Woods is back, and he will be a serious contender at The Masters next month.

They came in their thousands, most of them to see if Woods could continue his comeback with a victory. Before the final round began, the tension was palpable. Henrik Stenson led DeChambeau by one, with McIlroy two adrift and Justin Rose trailing by three. Tiger was five off the pace – could the great man shoot the 64 or 65 he knew would be required to catch the Swede?

He produced a terrific run of golf but came up short in the end. However, a final round of 69 gave him a fifth-place finish to go with the runners-up spot he achieved at the Valspar Championship. Woods is back.

Woods needed a fast start. He didn’t find it, struggling to make pars at his opening three holes without ever threatening to make the birdies he was looking for. He finally opened his account at the par-five fourth, hitting the green in two and taking two putts. At eight under, he was four adrift. At the next his birdie putt from off the green was going 10 feet past the hole but struck the pin and stopped on the lip. Par.

DeChambeau plays the game his own way, but it works – he won the John Deere Classic and is steadily climbing the world rankings. His swing is very much his own – he doesn’t hinge his left wrist on any shot, and the shafts on his irons are all the same length. He has been dubbed The Scientist and the most striking thing about the 24-year-old American, apart from his white hat, is that everything appears to be incredibly mechanical. Stenson, on the other hand, is an entirely natural player who does everything by instinct.

DeChambeau didn't back down on Sunday. pic.twitter.com/ejvLR4wTwo

An interesting statistic for you. The second is a par three measuring 233 yards, and it was playing into a slight breeze. McIlroy found the green with…a six iron! That’s correct – a six iron.

Stenson is a noted front runner and said before the round started that he would prefer to be one ahead, as he was, than one behind. And that was how he remained after he and DeChambeau both opened with birdies to increase the gap on the chasing pack. Suddenly, McIlroy trailed by three.

DeChambeau missed the green at the second and paid the price, dropping a shot to fall two behind, Up ahead, Rose and McIlroy both hit glorious approach shots to the third. Rose holed, McIlroy missed. They were tied on 10 under. McIlroy may be the longest hitter on the PGA Tour but he has struggled to keep the ball on the fairway of late and duly missed the fourth fairway left and was unable to make the par five in two and had to settle for a par. Rose, meanwhile, birdied the same hole to move to 11 under. He now trailed Stenson by two.

The big move was being made by Kevin Chappell, who got himself to nine under par after 16 holes. He was six under for the day but was fast running out of holes and undid all his good work when he found the water at the 17th. To add to his frustration, he birdied the 18th to finish eight under with a 67. He was later joined on the same total by defending champion Marc Leishman.

Woods came to the par-five sixth. It measures 555 yards and he struck his second with a six iron, leaving himself 12 feet from the hole for the first eagle three of his comeback. It slipped by but he holed the next to move to nine under. And he set up another birdie chance with a brilliant approach at the eighth. He couldn’t, could he?

It was a great two weeks of being in contention again. I feel like I'm getting a little better. Great playing by Rory today to win at the King's place. Arnie would have been proud of golf today and the charges!!!

Rickie Fowler dropped a shot at the first, but then picked up two birdies. It was all coming to the boil rather nicely. DeChambeau and Stenson both birdied the fourth. Ominously, the Swede appeared to be on cruise control. And he fired in another laser-like approach at the fifth, but this time he failed to convert.

At the ninth hole Woods missed the fairway by fully 100 yards. The ball finished among the hospitality tents and he received a free drop. Incredibly, he found a decent lie and a clear path to the green  but he went too far and dropped his first shot of the day.

McIIroy finally opened his account for the day with a birdie at the sixth to move to 11 under, alongside playing partner Rose. And another followed at the next. He was two behind. This was more like it. He hit a 350-ayrd drive at the ninth, followed it with an shot to eight feet and duly holed for yet another birdie. The Northern Irishman was now only one behind Stenson. Moments later he was tied for the lead when Stenson dropped a shot at the eighth.

If the leaders thought that Woods was going away they were mistaken. An approach to eight feet set up yet another birdie at the 10th and when he also birdied the 12th he had progressed to 11 under and trailed Stenson and McIlroy by two with six holes left. And wouldn’t you just know it? In went another at the 13th. One behind, five to play. “Tiger! Tiger! Tiger!!” The roars rang out around Bay Hill. This was just like the good old days but, somehow, even better because it is all so unexpected. Rose was still 11 under after a succession of pars.

A vintage Sunday charge.@TigerWoods is 3 under thru four holes on the back nine. #QuickHits pic.twitter.com/0aePOvXVrC

So we had McIlroy and Stenson on 13 under, Woods and DeChambeau on 12 under and Rose one shot further back and the rest playing for the places. The vast majority of the huge gallery were following Woods and the pairing of Rose and McIlroy, with only a handful watching the final two ball of Stenson and DeChambeau. Rose finally got back on track when he birdied the 12th to reach 12 under.

Sadly for Tiger, it all came to a juddering halt at the par-five 16th when he lashed at a drive and saw it finish in somebody’s back garden. Three off the tee, his hopes gone. And suddenly, there was an eerie silence all around the course. What an anti-climax. He did well to walk off the green with a bogey but, at 11 under, he trailed McIlroy by three with only two holes left to play. His race run, another shot went at the 17th.

McIlroy took the lead on his own when he birdied the 13th. It has been a long time since he has shown this sort of form on the PGA Tour and he was loving it. He hit a good tee shot at the par three 14th and, inevitably, the putt disappeared for yet another birdie. He was 15 under. Seconds later, playing partner Rose followed him in to reach 13 under and tie with Stenson. DeChambeau wasn’t done yet either. He birdied the 13th and 14th and with the crowd struggling to keep up with everything that was happening, Stenson hit a brilliant approach to the 14th and also birdied the hole. It all meant that McIlroy led the pair by one, with Rose two behind. How good was this?


McIlroy missed the green at the 15th. No matter. Out came the wedge, he made perfect contact and the ball dutifully rolled into the hole to take him two ahead with three holes left.  He was six under for the day and heading for the best round of the day.

At the par-five 16th hole, McIlroy split the fairway with a drive that travelled an astonishing 375 yards, leaving him with a wedge to the green. On a par five. His eagle putt dribbled by but he holed out for a fourth birdie on the spin and a three-shot lead. Rose also birdied the hole to move to 14 under.

DeChambeau hit his drive at the 16th into thick rough and somehow managed to gouge his ball out and onto the green and when he holed the putt for an eagle he was just one behind McIlroy. Stenson three-putted the same hole after finding the green in two.


McIlroy and Rose both found the 18th green in two, with the former furthest from the hole. Two putts for a 65. He only required one. What a finish. Back in 31. Rose two-putted for a 67 to end the week on 14 under. Meanwhile back on the 17th green, DeChambeau narrowly missed a birdie putt so he came to the final hole needing an eagle to force the most unlikely of playoff but his second finished in a greenside bunker. He still did enough to finish second, with Rose third, Stenson fourth and Woods fifth alongside Ryan Moore. 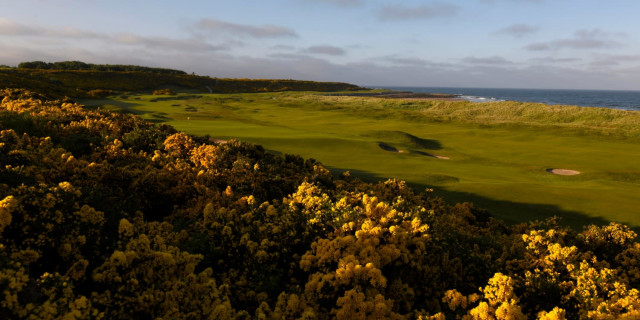 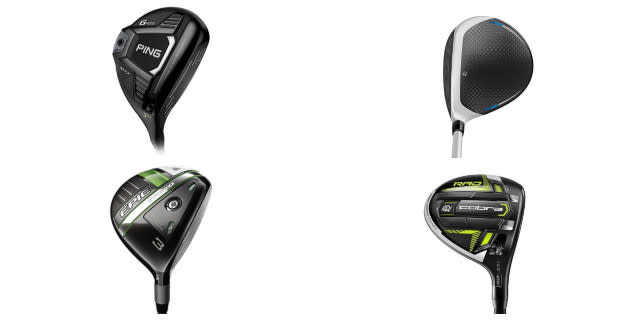 The Best Fairway Woods of 2021 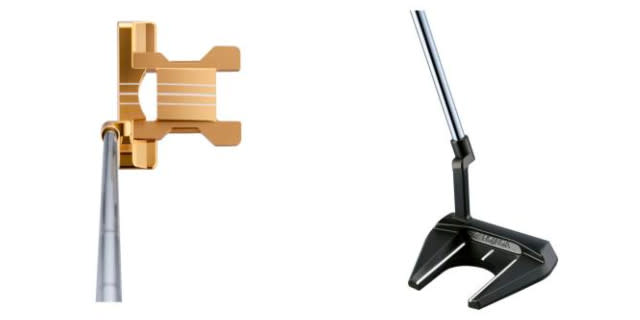 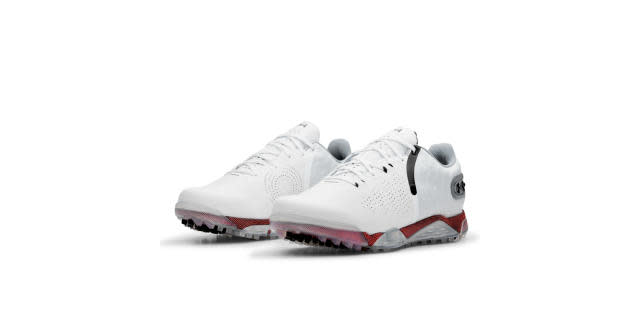 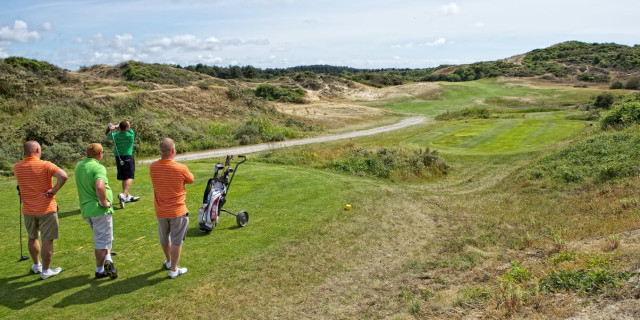 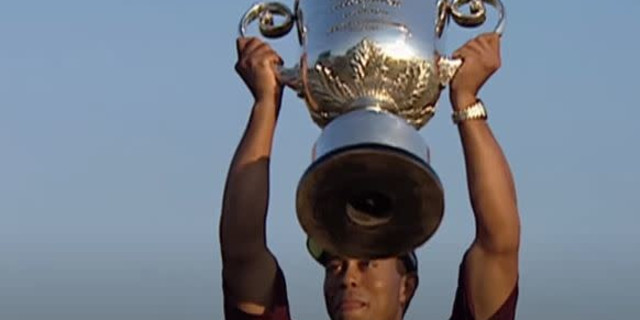 The PGA Championship by Numbers 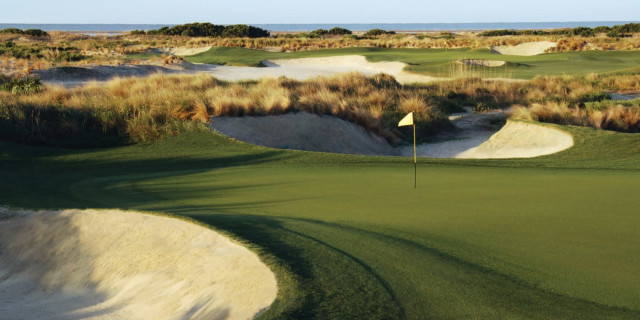 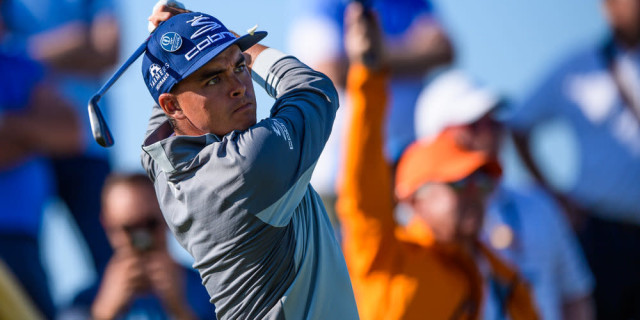 View From The Fairway - The Struggles of Rickie Fowler