Nine months after withdrawing from the Dubai Desert Classic, Tiger Woods has announced that he will be making his latest comeback to professional golf at next month’s Hero World Challenge.

Humourlessly posting on Twitter, the former world number one confirmed that he would be stepping back into the competitive environment in the limited event that he hosts: “I’d like to thank the committee of 1 for picking myself and Daniel Berger to play in this year’s #HeroWorldChallenge.”

The 14-time major champion – who underwent spinal fusion surgery just weeks after his latest return to the game was aborted – had been teasing the public through a series of videos shared across social media of him practicing on the course. These trailers have quickly accelerated from chipping into the return of his trademark ‘stinger’ shot, which came as a surprise when the apparent difficulty of his rehab was previously reported.

Approaching a decade since his most recent grand slam title at the U.S. Open, the remarkable story of Woods has progressed from sporting phenomenon into a barely believable soap opera. In many ways, both of those threads have been equally spectacular. His problems have been varied. Last week, the 41-year-old had pleaded guilty reckless driving after being arrested back in May, when he was found passed out in his car with prescription drugs and marijuana in his system.

However, now back into the familiar setting of the Bahamas, there is a sense of Deja vu, as Tiger jumped into the fray and spotlight 12 months ago in the same tournament after more than a year since his last appearance. That week saw flashes of brilliance – including a second round of 65 – but he ultimately finished 15th from the field of 17 who completed.  He later missed the cut at Torrey Pines – a favoured venue – before his ignominious sojourn to the Middle East. 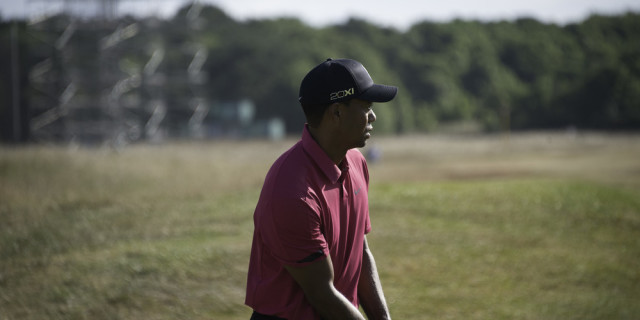 “I am excited to return to competitive golf at the Hero World Challenge,” Woods said in a full statement on his website. “Albany is the perfect setting and it will be great to join this outstanding field. I want to thank Pawan Munjal and Hero MotoCorp for their continued support of this tournament and my foundation. I would also like to thank the fans for their unwavering support during my injury.”

So, we have been here on several occasions before with Tiger Woods, but the dramatic shift from a man amid physical rehab to playing again alongside names such as Jordan Spieth and Justin Thomas has come as a shock. This a reappearance would have been unthinkable just a few weeks ago. During the Presidents Cup – when serving as an assistant captain – the 79-time winner on the PGA Tour was uncertain about his future.

“I've been out of the game for a while," Woods said in September. “First things first: Get my health organized. Make sure the pain goes away. Then, basically, just as I said, just keeping waiting for what my surgeon says. I'm still training. I'm getting stronger. But I certainly don't have my golf muscles trained because obviously I'm not doing anything golf-related.”

Despite the fatigue many now have with the ongoing travails of Tiger, the extraordinary reach that he possesses remains undiminished. Golf is fortunate to be in a strong position at the highest level with a succession of young stars winning majors – significantly a legacy of the Woods Era – but the transcendent impact that he generates remains striking. Wherever people stand on him, they have an opinion, and that is a unique status for a golfer. 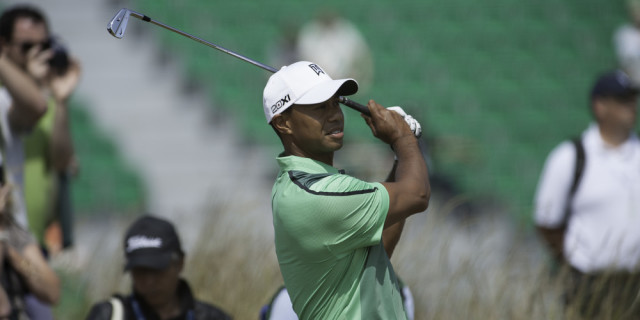 Many will hope this latest comeback is a success, but how exactly that is judged is a compelling question. Considering all that has happened in recent years, what is a positive result for Tiger? Going on his last few attempts, just making it through a few weeks physically intact would be a start. But he surely deserves more than that. His career has now been clouded for too long.

It's a step back into the unknown for Woods. We can only speculate what will ultimately happen, and the suspicion is that he is equally uncertain. But Tiger doesn’t have to do this. He could have rebuilt his reputation as a major figure in the background, as he has done in team events, and continuing to be a keen mentor to the likes of Thomas. But now he has taken the gamble to step inside the ropes alongside those players he inspired. To prove what, we can’t know.

Tiger Woods was a thrillingly fearless and aggressive talent on the golf course. But this is the most ominous forced carry he has taken on. However, one thing is for certain. We’ll be watching.