Titleist have long been one of the leading brands on the leading golf tours, whether it be clubs or golf balls, and their devotion to making the best performing golf clubs in the world for dedicated golfers has seen them recently release the 718 AP3 and the 718 T-MB.

Despite the numbering, the AP3 sits between the AP1 and the AP2 and is very much a love child of the both. The T-MB on the other hand expands on the previous 716 utility to become a full set of irons. 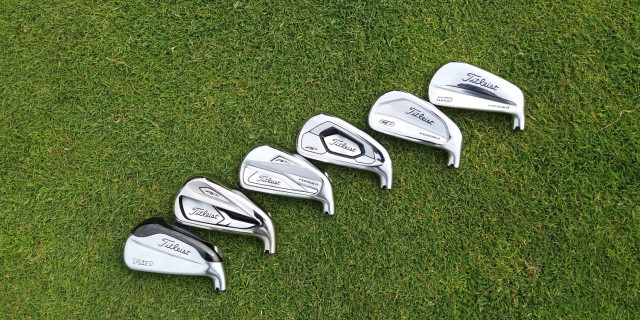 Golfshake’s Owen Davies spoke to the President of Titleist golf clubs – Steve Pelisek – to discuss their philosophy, where the new AP3 sits in the range, expanding the T-MB into a full set and the importance of having your clubs fitted.

Pelisek opened up with the philosophy behind Titleist clubs and where they sit in the wider golf market: “Here’s how we look at the golf world. If you add up all the federations around the world, they say there’s somewhere around 50 million golfers in the world. At Titleist clubs, we don't necessarily target or look at the whole population.

“They pay attention to what happens on tour, they're fans of the game, they want to get better and maybe most importantly they're willing to invest in equipment, that will help them get better.

“They play about 40% of the rounds and probably support about 70/75% of the equipment that’s purchased. So admittedly we target that group of golfers, not the whole population.”

However, just because they target a specific type of golfer, it does not mean that Titleist will rest of their laurels and rely on repeat purchases. They realise competition is strong and therefore set of creating the best products for their players.

“Our mission, we call it, is to make the best performing clubs in the world for the dedicated golfer,” Pelisek added. “We break the bag down into six areas: Drivers, fairways, hybrids, irons wedges putters. We fundamentally believe that group of dedicated golfers, they pick each one of those six categories very independently.

“It may not be that they just align themselves with a brand. They take their time to pick what they think is the best driver, best three wood, best hybrid, best set of irons, best set of wedges all through the set.”

After producing one of the most popular irons in the world in the AP2, some may find it strange that Titleist have decided to expand their AP range. However, Pelisek explained the reasoning behind the decision.

“We've seen recently that the iron category is really splitting into two - tour like irons and distance irons. And they're very different animals. Tour irons are built for precision, consistency and they need to be more compact blades. That's what those types of players like to look at. 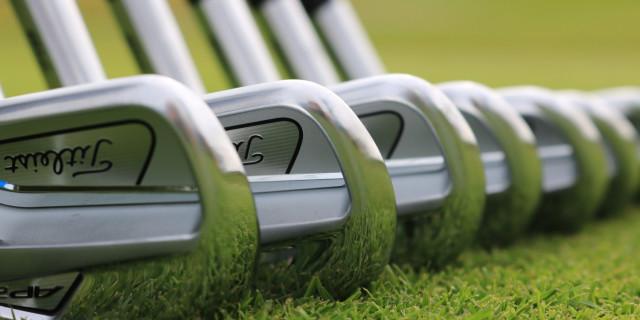 “We didn’t set out for AP2 to be tour iron but it has become extremely popular, one of the most played irons on the world wide tours. AP1 has always been our distance iron. It’s a very forgiving iron and it’s our longest iron.

“Recently, in the last four or five years, there’s an emerging group of players we call ‘distance players’. They want a set of irons that looks like a blade, but is as long as a game improvement iron. And that’s not easy to do, to make a long iron that has forgiveness but still has a very compact look.

Also recently released is the 718 T-MB iron. You may remember the 716 T-MB being portrayed as a utility iron, however this year’s release sees the T-MB become a full set.

And Pelisek admits this was down to consumers in Europe twisting Titleist’s arm.

“It's one of those stories where we let the consumer feedback set the direction there,” Pelisek added. “We originally designed the 712 to be a utility iron for the long end of a set.

“There are a lot of players that prefer to hit a golf club that looks more like an iron than a wood or a hybrid, so we designed what we thought was the best utility iron.

“Then we made it better. Then we realised that basically the feedback was ‘I like this platform. Lets make a whole set,’ so we did. It's that simple.”

Amateur golfers are now beginning to realise how important it is to get your clubs fitted if you really want to get the most from your clubs. And, Titleist’s custom-house is one of the most efficient in the world according to Pelisek.

“We’re a custom house where are almost 70% of the irons we sell, 7 out of 10 sets, are custom made to order,” Pelisek added.

“We make clubs in six different places around the world. The average turn around time for a set of custom clubs from us is less than 3 days in every one of the six.

“In a couple of them it’s less than two days. We believe that, to really appeal to be the brand of choice among that group of dedicated golfers, you’ve got to make great stuff, you’ve got to make it easy and get them easy access to someone who will help them pick the right one with the right specs.

“Delivery has to be faster and better than any body and that’s our mantra; we are better and faster than anybody.”

To find out more about the new Titleist AP3 and T-MB irons visit the Titleist website here. You can also find Owen’s AP3 review and T-MB review on the Golfshake website.